How Long Do the Effects of Stimulant Addiction Last?

Depending on the drug, the effects of stimulant addiction can last a very long time. It can be difficult for someone to overcome these lingering aftereffects, even with treatment, which is why one should begin their recovery as soon as possible in order to avoid more severe issues.

Are the Aftereffects of Stimulant Abuse More Severe Than Those Associated with Other Drugs? 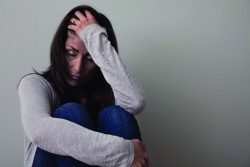 Depression is a common withdrawal symptom experienced by stimulant addicts.

In some ways, yes, they are. The effects of stimulant abuse often linger far more than those of other drugs of abuse, and they can also be more dangerous and relapse inducing in the long-term than those associated with other drugs. According to the National Institute on Drug Abuse, methamphetamine users often experience severe symptoms of drug-induced psychosis that “can sometimes last for months or years after a person has quit using methamphetamine.” In addition, stress can trigger “spontaneous recurrence of methamphetamine psychosis in formerly psychotic methamphetamine abusers” months or even years after these symptoms begin to subside. Cocaine can cause similar issues, especially in its smokable form crack.

Depression is particularly dangerous because it can lead to suicidal thoughts and have resurgences after the individual has begun to get their withdrawal under control. But the cravings associated with methamphetamine, cocaine, crack, and prescription stimulants can be so intense that recovering addicts may experience them long after their abuse has ended with something as simple as drinking a cup of coffee sometimes acting as a trigger. For these reasons, the effects of stimulant addiction are extremely severe as well as extended beyond those associated with most other substance use disorders.

How Long Will the Aftereffects of My Addiction Last?

It can be hard to know for certain. While many individuals experience withdrawal symptoms for at least six months or so after abusing stimulant drugs at high doses, other problems like triggers, delayed depression, cravings, and psychotic symptoms can recur years after the drug abuse has ceased. As a recovering addict, it is important to be prepared for the difficulty of your journey and to avoid any unnecessary risks (this may even mean avoiding caffeine).

As stated by the NIDA, “The risk for relapse is high even following long periods of abstinence” because of these long-lasting effects. Therefore, it is important that you attend treatment for as long as you need, even indefinitely if you believe it continues to be helpful to you. There are many options you can transition into after you complete the initial stages of your recovery that will allow you to receive treatment and still live your life. Because these effects are so long lasting, you must always remember their potential for return and to stay focused on your recovery. Call 800-605-6597 Who Answers? today to find out more about stimulants and the treatment options available.