Stimulants were initially prescribed to treat many illnesses, including asthma, upper respiratory problems, obesity, and neurological disorders, but now they are mainly used in the treatment of ADHD, narcolepsy, and occasionally depression. According to the National Institute on Drug Abuse, the main reason for this shift is that the potential for prescription stimulant abuse and addiction became very apparent, and doctors wanted to prevent that. Even in their current uses, however, prescription stimulants are abused very often, most notably by college students.

Abuse of prescription stimulants can refer to taking the medications in higher quantities or a different manner than prescribed, or taking them although a person is not prescribed. 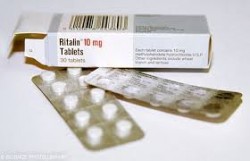 Ritalin and Adderall are two of the most commonly abused prescription stimulants.

A fair amount of attention has been focused in recent years on the subject of prescription stimulant abuse, primarily in the college student and young workforce populations. These groups, as well as others, have been known to take prescription stimulants, especially the ADHD medications Ritalin and Adderall, to improve their performance in work or school. They increase wakefulness, focus, and attention and so are thought by some to be able to help them study or work harder in school, or to perform better at work. They also can produce euphoria, especially when crushed up and snorted. For this reason some people take them to get high, especially while at parties.

Here are some statistics on prescription stimulant misuse and abuse:

These numbers are alarming, especially given the fact that abuse of prescription stimulants is dangerous. Some of the main issues with it are that they are addictive, can lead to malnutrition, and can increase blood pressure and heart rate.

Prescription stimulant addiction, like all other addictions, is a chronic, relapsing disease. It is characterized by compulsive drug-seeking behavior, taking too much of the drug than intended, developing a tolerance to and dependence on the drug, and usually involves withdrawal symptoms when the drug is not available. Stimulants are associated with a mainly psychological withdrawal with symptoms of severe depression, insomnia or fatigue, and anxiety.

Stimulant addiction treatment is available to help. If you or someone you love is struggling with an addiction to stimulants, there are things you can do to get your life back on track. Treatment programs provide the guidance and skill-building necessary to stop using stimulants and to stay off of them.