Cocaine withdrawal is an extremely difficult period and, for some individuals, can last months or even years depending on the symptoms and the intensity of the addiction. According to the CHCE, “Stimulant withdrawal, which occurs following cessation of chronic cocaine or amphetamine use, can produce a wide range of dysphoric symptoms” which can plague a person for quite some time even after they finish addiction treatment.

There are many cocaine withdrawal symptoms that cause issues for someone in the long-term and become issues you’ll wish you hadn’t had to experience. The sooner you receive treatment, the better your outcome will likely be and the sooner you may be able to get your life back.

How Bad are the Symptoms of Cocaine Withdrawal? 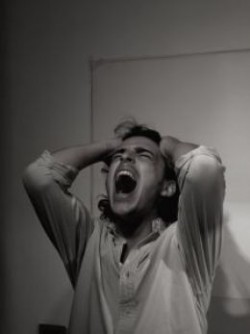 The symptoms of cocaine withdrawal can creep up on you.

According to the NLM, “The level of craving, irritability, delayed depression, and other symptoms produced by cocaine withdrawal rivals or exceeds that felt with other withdrawal syndromes.” In the past, many people did not feel that the drug was very addictive because the withdrawal symptoms felt by addicts in treatment were largely psychological and not the obvious physical signs from withdrawal syndromes like those of alcohol and opioids.

Despite this, we now understand that the withdrawal syndrome for cocaine addicts is extremely long, intense, and often psychologically damaging. It can also be dangerous because a person’s behavior can be compromised based on the severe emotions they are feeling. Remembering these facts is important, and getting into treatment before symptoms start or worsen is also for the best.

One of the most intense withdrawal symptoms felt by cocaine abusers is that of a prolonged depression. This can become an issue if the individual becomes suicidal or otherwise gives up on treatment. Patients must be watched for signs of this destructive behavior and, as stated by the CHCE, ” antidepressants may be an appropriate choice for treatment” when and if necessary.

Because cocaine causes abusers to feel euphoric, alert, energetic, and excitable, the cessation of the drug’s use causes an immediate crash which includes depression. However, once the individual moves past the initial stage of withdrawal, the depression tends to linger. It can last for up to a few weeks or even as long as several years. This can become very difficult for the individual who is attempting to recover and can make relapse more likely. Experiencing the depression caused by cocaine withdrawal can be excruciating because it is difficult to know how long it will last.

Cocaine abuse tends to cause a severe amount of anxiety, especially because the drug heightens a person’s reaction to negative stimuli. Therefore, a person on cocaine will react more strongly and become more anxious in situations where they normally would feel things less intensely. Unfortunately, the feeling of anxiousness and agitation will linger during the initial stages of withdrawal, making the individual more uncomfortable which will likely cause them to have difficulty staying away from the drug.

According to CESAR, a common cocaine withdrawal symptom is “extreme fatigue.” This symptom usually persists after the initial crash period and can cause individuals withdrawing from cocaine to feel drowsy and tired all the time, listless, and unwilling to go anywhere. This can make the memories of their cocaine abuse seem even more enticing, as they will likely remember always having energy and feeling euphoric. The fatigue caused by cocaine withdrawal can persist for several days or even weeks.

The NLM calls this symptom “generalized malaise” which is a feeling of discomfort, lack of health or energy, or just feeling generally sick. This symptom can be uncomfortable and frustrating because, physically, there may be nothing wrong with you, but you might experience nausea, strange muscle aches, or just physical irritation. However, since there aren’t really any medications that treat malaise (as it is usually a symptom of another disorder), you will likely just have to endure the feelings of discomfort and being unwell.

It is common for individuals going through cocaine withdrawal to experience “vivid and unpleasant dreams.” There is no one consistent dream complained of, but the process of withdrawing from the drug can cause extremely intense nightmares or unpleasant dreams that sometimes stick with the individual for a long time afterward. This also makes it difficult to sleep, but because of the fatigue people withdrawing from cocaine tend to feel, there will be a strong likelihood that staying awake will not be much of an option.

There are some points during withdrawal when issues that occur as a result of cocaine abuse blend with the withdrawal symptoms. Cocaine-induced psychosis is one such issue. Many people come into treatment when they already are experiencing full-blown psychosis which can make the first stage of withdrawal very difficult and intense. Some people even have to be restrained if they are a danger to themselves, other patients, or the medical professionals in the treatment facility.

Some of the common issues associated with cocaine-induced psychosis are:

The cravings caused by cocaine during the withdrawal phase are usually the most intense and frustrating symptom and they often last for a very long time afterward. According to the CHCE, “During the late withdrawal phase, individuals may experience brief periods of intense drug craving, such that objects and people in the addicted person’s life can become a conditioned trigger for craving and relapse.” This can continue years after the initial withdrawal and treatment phase.

Cocaine withdrawal is not an easy process nor is it usually brief. It is difficult, and you will be bombarded with constant symptoms that make you want to go back to the drug. You will wish you had not had to experience these symptoms, but seeking treatment now will help you get over them sooner and the help you receive will allow you to build a better foundation for your cocaine addiction recovery.