The most commonly abused stimulants are cocaine, amphetamines such as ADD/ADHD medications, and methamphetamine, but, many designer drugs have been introduced into the illicit drug market with structurally similar chemical properties. Long term effects of stimulants can have devastating consequences in a person’s physical and psychological health including addiction, diseases, and reduced quality of life.

Many abusers will binge on the stimulants until they are drained physically, psychologically, and financially or until the drugs are unattainable. They typically try to achieve the euphoria felt from the initial dose and will escalate their dosage amounts, frequencies, or abusive behaviors to intensify the effects, such as switching to IV use from snorting. As tolerance increases, the stimulant drugs begin to take a high priority over morals values, and beliefs.

Stimulants exert their powerful reinforcement effects of addiction by raising dopamine, blocking it from reuptake, and/or changing stress motivators and causing other neurological adaptations. According to the Scripps Research Institute, “Compulsive drug use associated with dependence is mediated by not only loss of function of reward systems but also recruitment of brain stress systems.” Cravings and conditioned cues become hardwired in the brain to continuously remind the user of the pleasurable effects and motivate them to repeat the usage behaviors.

Stimulant toxicity has been known to cause both functional and structural damages in the brain leading to a long list of potential neurological impairments. The central nervous system and all other nervous systems are impacted by the use of stimulants and according to the SAMHSA, “The human nervous system is an elaborately wired communication system, and the brain is the control center. The brain processes sensory information from throughout the body, guides muscle movement and locomotion, regulates a multitude of bodily functions, forms thoughts and feelings, modulates perception and moods, and essentially controls all behavior.” 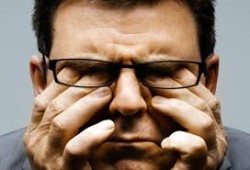 Long term stimulant use can cause neurological problems like sleep and emotional disorder.

Constricted blood vessels and increases in heart rate and blood pressure can lead to cerebral hemorrhages, heart attack, and stroke. Cardiovascular problems such as damaged or weakened heart muscles or valves, irregular heart rhythms, and diseases are often long term effects of stimulants that can lead to an early or sudden death.

Damages to the arteries and veins adds to the complexity of circulatory problems which can lead to low oxygen levels in the blood stream, along with high toxicities, every organ in the body can be affected, including the brain. Emergency signs include:

Diseases and Other Medical Complications

Stimulant abusers are likely to disregard their health, share paraphernalia, and engage in risky behaviors such as unsafe sex. Some of the most common long term effects of stimulants are reduced immunity with compounded risks from high toxicity levels of variant chemicals in the body. Extreme weight loss, fatigue, rotting teeth, and other unhealthy appearances tend to become significantly apparent the longer the person uses.

Smoking stimulants causes significant lung and respiratory problems. “Crack lung” is a common long term effect of stimulants that literally turns the lungs black from high carcinogenic residues of the metal in stems, pipes, cans, and other paraphernalia used in smoking practices as well as the poisonous elements inhaled from the drugs.

Snorting causes significant damages to the nasal passages over time. The person may have frequent nose bleeds, lose their sense of smell, develop holes or infections in the nasal cavities or a deviated septum leading to uncontrollable nasal passage drips, apnea, and breathing problems.

Another common long term effect of stimulants is the high potentials of contracting communicable diseases such as HIV, AIDs, and Hepatitis C. According to the NIDA, HIV “risk stems not only from sharing contaminated needles and drug paraphernalia but also from engaging in risky behaviors as a result of intoxication.”

IV users share some of the greatest health risks as the drugs are immediately exposed to bodily organs through the blood. Infections, scarring of veins, gastrointestinal problems including severe bowel gangrene, internal bleeding, renal failure, overdose, and death are possible.

A majority of stimulant abusers suffer long term mental health problems including anxiety, depression, violent or harmful tendencies, behavioral and personality disorders, insomnia, and unexplainable moods swings. Consequential losses involving family and other relationships, employment, and other social, economic, housing, or legal issues compound the inability to manage stress and many stimulant users develop extreme emotional disturbances that can lead to suicide or harmful tendencies toward others.

Psychosis is another primary concern for the long term effects of stimulants. According to the SAMHSA, “Some of the most frightening research findings about MA suggest that its prolonged use not only modifies behaviors, but literally changes the brain in fundamental and long-lasting ways.” The phenomenon of sensitization in stimulant users is the opposite of tolerance and while both can develop at the same time, sensitization can cause a psychosis episode in doses much less than what a stimulant abuser has become accustomed to using.

Calls to numbers on a specific treatment center listing will be routed to that treatment center. Additional calls will also be forwarded and returned by one of our treatment partners below.

Calls to any general helpline (non-facility specific 1-8XX numbers) for your visit will be answered by ARK Behavioral Health, a paid advertiser on Stimulants.com.