By the definition from the US National Library of Medicine, stimulants are drugs that increase your heart rate, breathing rate, and brain function. These body function changes increase a person’s attention, alertness, and energy. Stimulants were historically used to treat many illnesses, including asthma, obesity, neurological disorders, and others, but the realization of their potential for abuse changed this. Now stimulants are only used to treat a few health conditions, such as ADHD and narcolepsy.

Stimulants can be broken into categories of legal and illegal, natural and synthetic. The most common types of prescription stimulants are dextroamphetamine (Dexedrine and Adderall) and methylphenidate (Ritalin and Concerta). Most stimulants – legal or illegal – have a high potential for abuse and can lead to addiction. 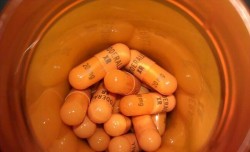 Adderall is a stimulant prescribed to treat attention-deficit hyperactivity disorder.

Some illegal drugs are considered stimulants because of the effects they cause.

These are all illegal stimulants:

All of these drugs carry a high potential for abuse and addiction. They can produce tolerance in chronic users that requires users to take more and more of the drug to feel the same effects, which contributes to dependence and addiction.

There are several substances and drugs that are considered stimulants and that are legal. While these also carry a potential for addiction, their accepted uses are important. Others, such as caffeine, have a lower potential for abuse than illegal stimulants.

These are all legal stimulants:

Stimulants are very popular drugs of abuse, especially among college students. In recent years there has been a definite increase in the number of students who abuse and misuse stimulants that are prescribed to treat ADHD. Adderall, Concerta, and Ritalin are all brand names of these drugs, which are occasionally referred to as ‘study drugs’. According to the National Institute on Drug Abuse, these drugs are abused for two reasons: to enhance academic performance, and to get high. In terms of enhancing academic performance, stimulants help students focus and stay energized for several hours.

Other commonly abused stimulants are cocaine, crack, and meth. These drugs are illegal in all senses, and are used mainly for the high they produce. Cocaine is snorted, crack is smoked, and meth is either injected or smoked. All of these drugs carry very negative consequences.

Stimulant abuse can lead to addiction, which is a condition where an individual loses their control over the drug. Addiction is characterized by compulsive drug-seeking behavior and impaired judgment and decision making. Someone who is addicted to stimulants will have a hard time stopping on their own. Stimulant abuse can also lead to health problems, both short and long-term. In the short term, stimulant abuse can cause irregular heartbeat, dangerously high body temperatures, and the potential for heart failure and seizures.

If someone you love is having problems stopping their use of stimulants there is help available to them. Stimulant addiction treatment consists of different types of psychotherapy that help people become stimulant-free and stay that way.