Stimulants are drugs that elevate a person’s blood pressure, heart rate, and respiration rate and in so doing increase their capacity for attention, alertness, and their energy level. Legal, prescription stimulants like Adderall and Ritalin are commonly prescribed to treat attention-deficit hyperactivity disorder, or ADHD. Other stimulants, like cocaine and methamphetamine, are taken primarily to get high. Still others, such as nicotine and caffeine, are legal and much less stigmatized, but are still associated with stimulating effects.

Each of the above named substances and other stimulants carries a potential for abuse. According to the National Alliance on Mental Illness over 900,000 Americans use stimulant medications for non-medical purposes each month. ADHD medications and other prescription stimulants are used by those who are not prescribed either to get high, or to enhance their performance in work or school. Use of cocaine, meth, and other illegal stimulants in any way qualifies as abuse, as these drugs have no accepted legal use. Whatever the reason, stimulant abuse has some consequences that should be taken note of. 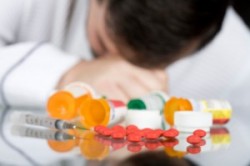 Stimulant abuse has a high potential to lead to addiction and associated issues to a person’s health and well-being.

One of the primary consequences of stimulant abuse that must be noted is that stimulants have a potential for addiction. Chronic use of the substances can cause a person to lose control over their use, and to end up dependent on the drugs and compulsively seeking them out. Addiction is a chronic, relapsing disease which almost always requires treatment and continued attention and care.

There are withdrawal symptoms associated with stimulant abuse and addiction, as well. According to the National Institute on Drug Abuse, these symptoms include fatigue, depression, and disturbance in sleep patterns. Other symptoms of stimulant withdrawal include restlessness, anxiety, and moodiness. Furthermore, repeated abuse of some stimulants, especially in a short period of time, can lead to feelings of hostility, paranoia, and even psychosis. Stimulant abuse can lead to a dangerously high body temperature in users, an irregular heartbeat, and in some cases cardiovascular failure and seizures.

Stimulants, especially ADHD medications, can lead to decreases in appetite. Another paper from the National Institute on Drug Abuse shows that another consequence of stimulant abuse can then be malnutrition, which leads to other health complications. Long-term heavy use can cause skin disorders, ulcers, vitamin deficiency, and dangerous weight loss.

Other Consequences of Stimulant Abuse

Not only can stimulant abuse damage your body and leave you addicted to substances, it can also affect other aspects of your life, including:

As stimulants take on a bigger role in a person’s life, they spend more time doing them. The more time you spend occupied by and high on stimulants usually means less time with your loved ones and doing things you used to find enjoyable. Stimulants may change how you act to a degree, and people around you may not enjoy the changes, especially if they know they are drug-induced.

Stimulants are not free, and stimulant abuse will likely cost you financially. Cocaine, meth, Adderall – all of these substances will come at a financial cost, and the more you abuse them, the higher the cost. As a stimulant habit grows it becomes more and more threatening to a person’s financial situation.

While some people take stimulants in an effort to do better in work or school, there often comes a time when the effects are not as desired. Whether you end up overworked, overtired, or undernourished, stimulants will end up negatively affecting your performance at work or school.

The cost of stimulant abuse – financially and figuratively – is higher than you may initially realize.