With the advent of modern technology and modern work habits, many people have a hard time maintaining the energy levels needed to perform effectively. Increases in stress and other issues prevent people from sleeping properly which also contributes to the problem of low energy levels.

It is because of this that many people turn to caffeine to maintain alertness and mental acuity. This has given an unfortunate rise in products that contain a large amount of caffeine. The energy drink market is a thriving one and one that was not regulated until very recently. Unfortunately, there are some serious consequences to these energy drinks. Two of these consequences are addiction and caffeine intoxication.

Caffeine addiction is not ordinarily dangerous and millions of people are addicted to at least a daily dose of caffeine. For some this addiction goes much deeper. Caffeine can cause a number of unwanted side effects including: 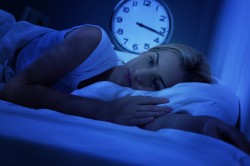 These side effects are magnified depending on how much caffeine you take in. The higher the caffeine level, the more intense the symptoms.

These symptoms happen when you stop taking or using caffeine, particularly energy drinks suddenly. Some of the ingredients in energy drinks have similar side effects and withdrawal symptoms this compounds the effects exponentially.

How to Find Help for Caffeine and Energy Drink Addiction

Although you may not consider a rehab at first, inpatient and outpatient rehab is available for this addiction. We can find you a rehab center to help you get off energy drinks before it is too late. There are already deaths attributed to both caffeine intoxication and energy drinks. For more information call us at 800-605-6597 Who Answers?.