According to the Centers for Disease Control, there is a dramatic increase in mixing alcohol and energy drinks. Unfortunately, many of these combinations are dangerous and toxic. Everyone knows that caffeine and alcohol are addictive separately. Combined they present several dangers that they do not have when taken separately.

The caffeine in energy drinks causes the alcohol to work more effectively. When you combine the two you become more intoxicated faster. Unfortunately caffeine masks some of the sedative properties of alcohol so you might not realize exactly how intoxicated you are.

Since you get intoxicated faster you are more likely to engage in risky behavior such as unprotected sex or drinking and driving. Alcohol despite the presence of energy drinks still lowers inhibitions. 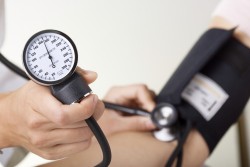 Mixing alcohol with energy drinks can cause high blood pressure, that is sometimes irreversible.

Both alcohol and energy drinks can cause damage to your heart. Energy drinks increase your heart rate and raise your blood pressure, this causes your heart to work harder, increasing your risk of heart failure.

Since you do not feel as intoxicated, you tend to drink more than you would if you were just drinking alcohol. Many people who mix energy drinks and alcohol do not realize exactly how much alcohol they’ve consumed until something negative happens.

Whenever alcohol is involved there is an increased risk of sexual assault. Energy drinks decrease your ability to tell exactly how drunk you are so you are more likely to be taken advantage of or that you will take advantage of someone in a similar condition.

In studies done by the Centers for Disease control, people who mix energy drinks and alcohol tend to be binge drinkers. They drink a large amount in a short time. Since energy drink deadens your ability to tell how much you are drinking, you drink more than you ordinarily would in a binge drinking session.

Both energy drinks and alcohol are addictive. The chances of getting addicted to either drug are extremely high. When combined this chance increases. Many people become addicted to both and a dual addiction is harder to treat than a single one to either caffeine or alcohol.