Can You Get Addicted to Natural Stimulants?

Natural stimulants include a large array of substances from the milder ginseng, guarana, taurine, and coconut oil to more intense drugs that are heavily abused for their euphoric and stimulating effects like cocaine. Caffeine and nicotine are also natural stimulants. Many individuals consider natural substances to be safer and less likely to cause issues like dependence, addiction, and other harmful side effects. Unfortunately, even natural stimulants can cause addiction. 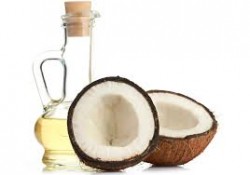 Coconut oil is an example of a non-addictive, mild natural stimulant.

Some of the more mild stimulants that occur in nature include:

These substances can often be used safely to treat a moderate health issue or to give someone a natural boost. However, they can all become addictive if an individual takes them too often or begins to rely on them too heavily.

Certain substances, such as cocaine, caffeine, and tobacco, have already been proven to cause addiction and have harmful side effects which are more likely to occur when large doses are taken chronically. While caffeine’s effects are less intense and less dangerous than those of cocaine, both substances can become addictive in their own right.

As stated by CESAR, “Khat… is a highly addictive drug categorized as a stimulant that creates feelings of euphoria.” It “grows abundantly” in certain countries and is an important part of the economy of Ethiopia. However, when taken over a long period of time, khat can cause intense side effects like anorexia, depression, gastric disorders, and cancer. Even though individuals who use khat may realize that it is causing them many issues, they will continue to take it because they are, at this point, already addicted.

According to the NIH, “Addiction is now understood to be a brain disease because scientific research has shown that alcohol and other drugs can change brain structure and function.” Even substances such as natural stimulants, which seem harmless because they come from more organic ingredients, can cause these kinds of changes. Users may become tolerant to the effects or dependent on them and continue to take more, even though they know it is not good for them.

This is how individuals become addicted to natural stimulants. Stimulants which should be used in moderation are often overused, causing a person to feel as if they need the drug or substance all the time. As a result, they will not be able to stop using the natural stimulant of their choice. According to the HealthDirect, “Addiction is defined as not having control” over an action which is why it becomes so dangerous.

Many individuals experience withdrawal symptoms as a result of caffeine or tobacco use which is a sign that the individual is using too much. However, feeling that you are not in control of your use of a drug or substance is the ultimate sign of addiction. And even milder natural stimulants can cause this kind of result when a person takes them too often. It is less likely that an individual will become addicted to the more mild natural stimulants, but it is possible.