Nicotine are one of the most popular drugs in the world, but what many smokers don’t know are the long-term effects that occur during the time that they smoke. These consequences can be life threatening and by raising the awareness for these symptoms, many smokers lives may be spared. The nicotine addicts should know about a few side effects when studying the long-term effects of smoking cigarettes.

Many people don’t understand the true dangers of smoking. To learn more about smoking and nicotine addiction, call 800-605-6597 Who Answers?.

Cause of Heart Disease

When a smoker becomes addicted to nicotine, it begins to destroy their bodies on the inside and one of the most effected areas is the heart. Smoking cigarettes raises the blood pressure, which can cause hypertension and narrows the arteries in the heart, which leads to heart attack and even death (coronary heart disease) and slows the pumping of the heart, which can lead to an buildup of liquid in the lungs (congestive heart faliure).

Smoking can also block blood vessels in the heart, which will stop the blood flow to the brain, causing a stroke that can be deadly. 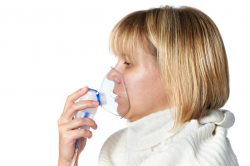 The smoke from the cigarette is just as damaging to the lungs as they are to the heart. According to the CDC, smoking causes lung disease by damaging the airways and alveoli (small air sacs in the lungs), which can cause lung cancer, emphysema, chronic bronchitis, an asthma attack (if the smoker has asthma), and other chronic obstructive pulmonary diseases (COPDs).

Statistically, the CDC also estimates that smokers are shown to be 12-13 times more likely to die due to a COPD then non-smokers.

Not only are the lungs affected, but the digestive and respiratory system also suffer because of the cigarettes. Just from smoking alone, cancer can form on the upper respiratory tract, mouth, larynx, throat, pancreas, stomach, kidney, cervix, and bladder.

Cancer can occur anywhere but the use of nicotine can trigger it and the struggle for survival from it will begin for the unsuspecting smoker.

Effects on the Brain

According to the NIDA, nicotine works on the brain in a similar way that other addictive drugs such as heroin and cocaine do and increase the levels of dopamine, a neurotransmitter in the brain that controls pleasure and reward. Smoking will create a condition of control over the person’s mind despite the negative consequences and cause the person to require treatment in order to cope without it.

Even after treatment, the craving will live on and it will be a daily struggle for the individual to avoid temptation during the more stressful times in his or her life.

Smoking can cause many problems for those who wish to have children as well, as it can damage the reproductive system and cause birth defects. It does this by causing abnormal sperm cells in men, sterilization, and for women, it can make it very difficult to maintain a pregnancy, cause menstrual disorders, and can trigger an early menopause.

For those who smoke while pregnant, it has the potential to cause a miscarriage or stillbirth, a lower than normal birth weight for the baby, premature birthing (both of which together can cause health problems such as breathing), learning and behavioral problems for the child, upper respiratory problems, asthma, and ear complications from exposure to nicotine in the womb.

Cigarettes can cause many long-term consequences in the body that are more destructive than the smoker realizes. It is the reason for premature wrinkled skin, undesired weight loss, loss or weakening taste buds, a weaker immune system, stomach ulcers, and permanent gum and tooth loss. The nicotine and smoke in cigarettes work to destroy the body from the inside out and has ruined many lives in so doing.

While studying the long-term effects of smoking cigarettes, it is clear that smoking does far more harm than good. Smoking can cause heart diseases, COPDs, lung damage, multiple forms of cancer, respiratory, brain, and reproduction system damage, birth defects, and other long-term effects.

Knowing these effects can save someone from making the mistake of lighting up a cigarette for the first time and it is important for the information to become known for that reason.

For help finding treatment for cigarette addiction, call us toll-free at 800-605-6597 Who Answers?.