Some people consider drugs which are legalized in terms of their distribution and usage to be safe. Tobacco cigarettes, which have a long-standing industry surrounding them, are one of these legal “safe” drugs.

Their safety has been an ongoing debate for decades and several myths have developed about them, many of which serve to skew information in favor of one side over the other. Many of the myths are well known, but here are four myths about cigarettes that you may not know.

One or Two A Day Is Fine

It’s one of the oldest myths out there and, despite being heavily debunked, it still survives. Many people believe that having a casual cigarette every now and then or keeping down to a few a week can prevent some of the serious consequences that come with long-term smoking. 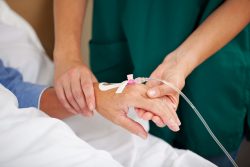 Cigarettes can cause kidney and pancreatic cancer.

The CDC has stated, with support from a 2010 report from the Surgeon General, that simply breathing in the smoke can immediately cause harm. There have even been cases of sudden heart attacks being triggered from cigarette smoke inhalation, in both smokers and non-smokers.

E-Cigarettes Are A “Healthier” Option

The arrival of commercially available e-cigarettes have muddled the information waters about cigarettes. Many believe that they are a safer option than conventional cigarettes, with some suggesting that they do not have any of the dangerous chemicals of regular cigarettes and can even help a person quit smoking. In truth, they are just as bad, if not worse.

Most of the chemicals, like nicotine, are still present and the levels listed are often inconsistent with the actual levels. Their usage is also incredibly dangerous, with many brands of e-cigarettes being recalled or discontinued due to hazards reported by consumers, including several cases where the e-cigarette has exploded or shocked the user. For more information regarding these dangers, call 800-605-6597 Who Answers?.

As smoking involves inhaling the smoke from a cigarette directly into a person’s lungs, it is often believed that the organ is the only one in the body affected. In truth, there are over 4,000 different chemicals present in cigarettes and, according to the University of Maryland, 50 of which can directly cause cancer to any organ in the body.

There are multiple other diseases that cigarettes can cause or contribute to, including heart disease, emphysema, chronic bronchitis, and cancer of the mouth, kidney, pancreas, and esophagus.

Most Smokers Are Female

For whatever reason, the myth that women smoke more than men do has developed over the years. This is rarely the case, as most surveys reveal that men hold the majority of cigarette users. Instances where women are the majority of smokers are often attributed to anomalies in the data or are a brief occurrence in a specific age group.

The myth likely persists as a result of people’s own perceptions; if eight out of the twelve smokers you know are female, you may unconsciously think that smoking is more common amongst women.