What’s Up With Molly? 15 Things you Should Know About Ecstasy

You have probably heard of the chemical compound MDMA. In its purest form, it is also referred to as molecular ecstasy, or Molly. According to the National Institute on Drug Abuse, MDMA is a dangerous and far too popular drug used by partiers around the world. However, there are a number of things that you should know about Molly.

1. Molly is Not Ecstasy

Ecstasy is a combination of MDMA and other chemicals used as cutting agents to reduce its potency, while Molly is pure MDMA.

2. It’s Action is Similar to Heroin

Much like heroin, MDMA stimulates the production of specific neurotransmitters in the brain, resulting in simulated euphoria and lowered inhibitions.

3. It Does Make you Feel Good, Right Before it Makes you Feel Really Bad

While it is true that Molly produces a simulated euphoria, it is followed by severe depression, muscle aches, and fatigue known as “Suicide Tuesday”.

4. You can Both Dehydrate and Over Hydrate on Molly 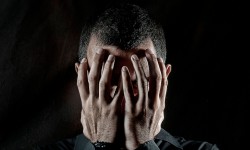 The use of Molly often leads to dehydration through overexertion. It also causes severe dry mouth, which leads to dangerous over-hydration.

5. This is the Biggest Short Term Risk of Taking Molly

Both dehydration, and over-hydration are a common cause of medical emergencies among Molly users.

6. Some People Want it Because they Think Molly is More Pure

Molly isn’t “pure” in the sense that people think, being an artificially created chemical compound that is not found in nature.

7. Molly is a Mainstream Drug that Most People Have at Least Heard of

Molly is hugely popular among the club and rave crowds, and has been referenced many times in pop culture.

8. Molly and the Rave Phenomenon are Universally Linked

Molly’s surge in popularity occurred at the same time that the rave phenomenon began.

9. Molly is Illegal Almost Everywhere in the World

Molly is universally known to be highly dangerous, and of little or no medicinal value.

10. Molly in its Pharmaceutical Form is a Treatment for PTSD

There are some clinical trials involving MDMA, under highly controlled circumstances, as a treatment for PTSD.

11. Molly was Invented as a Drug to Stop Bleeding

German drug manufacturer Merck invented MDMA in the early 1900’s while trying to create a treatment for unusual bleeding. It did not work to this effect.

10 Toxic Stimulants You Need to Worry About

12. Some People Believe that it is Not Addictive

Many people believe that MDMA holds no addictive properties, but the fact is that it can permanently alter brain chemistry, resulting in dependence and addiction.

Molly stimulates the brain to overproduce “feel good” neurotransmitters. The brain then compensates by ceasing the production of these. This results in severe depression, which may become permanent with prolonged use.

Molly is the pure molecular powder of MDMA, and is usually sold as such.

15. You can Get Help for a Molly Addiction

If you find yourself increasingly more dependent on Molly, there is help available. There are a number of treatment options available, and we can help you choose the one that is right for you. Call us at 800-605-6597 Who Answers? today for help.