Is Alcohol a Stimulant?

Many people look at the act of drinking alcohol and think nothing of it. They realize this is something that could have a negative impact on their mind and body, however, they don’t focus on the finer details in an attempt to better understand what is going on.

Are you under the impression that alcohol is a stimulant? Do you believe it can have sedating effects on the human body? If you don’t know how to answer these questions, it goes without saying that you are putting something into your body that you don’t understand. And when you don’t understand the impact the substance will have, it is a challenge to make the right decisions regarding your health.

According to a study published by the National Center for Biotechnology Information, U.S. National Library of Medicine, entitled Stimulant and sedative effects of alcohol, “alcohol produces both stimulant and sedating effects in humans.”

This is confusing to some, as they wonder how a single substance could stimulate and sedate at the same time.

Many studies have made it clear that alcohol can have both sedative and stimulatory effects. What is not as clear is whether or not it has a clear cut effect on behavioral, cognitive, and motor categories in the same manner.

Is it an Appetite Stimulant? 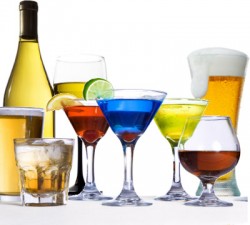 The jury is still out on whether alcohol is an appetite stimulant yet.

No two people are exactly the same, meaning that the impact of alcohol on the human body can and will vary from person to person. That being said, it has been proven, time and time again, that alcohol is an appetite stimulant.

Those who drink alcohol typically find that they tend to eat more. As a result, this can have a negative impact on the body. Not only is the person drinking alcohol, which can cause problems, but overeating can lead to a variety of other issues, such as obesity. Many find that when they finally cut back on drinking, or eliminate this altogether, that their appetite returns to normal.

Whether alcohol stimulates the body depends on how much time has passed since it was last consumed, as well as the total amount.

The ethanol content in a drink of alcohol leads to the eventual release of Dopamine. This is a neurohormone that causes the blood pressure and heart rate to increase. This is why alcohol is considered a stimulant.

The more Dopamine released in the brain the more a person speeds up. He or she will begin to speak faster and move faster, while also lowering their guard. As more and more drinks are consumed, the impact will be greater.

Some alcohol, such as brandy and vodka, will lead to these effects setting in sooner rather than later.

Can Alcohol have Depressing Effects?

High quality consumption can cause a variety of side effects, including but not limited to poor balance, blurred vision, and slurred speech. Along with this, a loss of coordination is common.

After the initial rush of alcohol begins to wear off, high levels of ethanol make its way to the brain. This is what eventually causes the body to slow down.

Note: the sedative side effects of alcohol can be slowed down if a person drinks alcohol on a full stomach or consumes food at the same time.

For many years, people have been debating whether alcohol is more of a stimulant or sedative. There are arguments for both with many factors dictating how a person feels after consuming alcohol.

How your Body Reacts

If you avoid alcohol altogether, you never have to concern yourself with how your body will react. On the opposite side of things, if you drink on a regular basis, it will not be long before you have an understanding of the impact of each drink.

Note: one drink may have a particular impact on your body, such as speeding you up. However, more than one drink, such as three to five in a short period of time, could have a different effect.

It doesn’t matter how alcohol impacts your body, you know it is going to do something to you in the short term. If you get into the habit of drinking alcohol regularly, such as on a daily basis, you can expect the substance to have long term impacts as well. Those who drink entirely too much could find that alcohol is causing them both mental and physical problems, some of which can be difficult to address. Furthermore, there is always the chance that an addiction could set in.

The National Institute on Alcohol Abuse and Alcoholism (NIAAA) says the following:

“Ethyl alcohol, or ethanol, is an intoxicating ingredient found in beer, wine, and liquor. Alcohol is produced by the fermentation of yeast, sugars, and starches. It is a central nervous system depressant that is rapidly absorbed from the stomach and small intestine into the bloodstream.”

At the same time, there are studies that suggest that alcohol is both a stimulant and depressant. This shows that the jury is still out.