Don’t Forget that These Stimulants are Addictive

Nicotine is linked to thousands of deaths due to cancers but people forget that nicotine is also an addictive stimulant. Each person who smokes risks serious cardiovascular damage and heart disease. Nicotine is sometimes said to be one of the most addictive stimulants available. Although many people think of smoking as calming, it actually acts to increase the heart rate and respiration of its user.

The new craze in stimulants is energy drinks, many of which contain high levels of caffeine and other toxic chemicals. Energy drinks are highly addictive particularly when used in large quantities for long periods of time. There have been cases where people have died by drinking too many energy drinks too frequently. Unfortunately, energy drinks are very difficult to stop using once you start. When you stop using them it can cause extreme fatigue and depression. 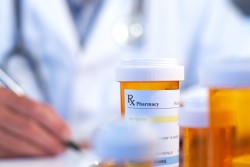 Prescription drugs such as Adderall and Ritalin have a high addiction potential when abused.

Ritalin is a prescription Attention Deficit Hyperactivity Disorder medication. Since this is a prescription medication people often forget how easily it is to become dependent on it. Many people who start using Ritalin develop a tolerance to it and later an addiction. This happens quickly when someone who is not prescribed Ritalin takes it as a recreational drug. It is important to remember that just because it is a prescription drug does not mean that it is not dangerous.

Adderall is another medication like Ritalin. Due to its side effects and addictive properties many doctors do not prescribe it anymore. Adderall is highly addictive and causes many long term issues when it is taken heavily. Most people do not realize that a prescription drug given to children for ADHD is highly habit forming.

Ephedrine is another sneaky addictive drug. It is found in a variety of nasal sprays and cold medicines. Up until relatively recently ephedrine was sold as both a diet drug and a temporary cure for runny noses and allergies. Ephedrine is also one of the drugs that is popular for manufacturing methamphetamine. It wasn’t until recent years that the FDA and other agencies recognized its addictive properties and made it harder to obtain.

Some drugs that should be depressants act as stimulants in some people. Opiates are one of these drugs. A large percentage of the population who takes opiates find that they act as a stimulant rather than causing sleepiness and sedation. This occurs when some people take it in high doses.

How to Find Treatment for Stimulant Addiction