Why is Abusing Stimulants So Dangerous?

According to the National Institute on Drug Abuse, stimulants are frequently abused, not only as illegal substances like cocaine and crystal meth but also as prescription drugs taken outside of a doctor’s recommendation. “Because they suppress appetite, increase wakefulness, and increase focus and attention, they are frequently abused for purposes of weight loss or performance enhancements.”

Though this does occur often, it should be known that abusing stimulants is not only ill-advised and unhealthy but can also be extremely dangerous.

The Side Effects of Stimulant Abuse

Abusing stimulant drugs can cause a number of unhealthy side effects, many of which cannot be quickly reversed after the general effects of the drug have worn off. Instead, people often require treatment for the side effects stimulant abuse causes, some of which are extremely dangerous and even deadly. These can include: 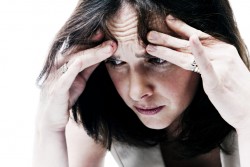 Some of these issues require immediate treatment while others may need long-term care. Individuals who abuse stimulants frequently are more likely to experience these issues, and they will often become worse over time.

As further stated by the NIDA, “As with other drugs of abuse, it is possible for individuals to become dependent upon or addicted to stimulants.” A person will likely exhibit withdrawal symptoms if they have been abusing stimulants for a long period of time, most of which are psychological and can last for months after the individual stops abusing these drugs.

In addition, those who become addicted to stimulants will be more likely to:

When a person becomes addicted to stimulants, it becomes a problem for life. Though they can learn to manage their addiction over time with help and treatment, cravings for these drugs can return months or even years after their last use, making stimulant addiction one of the most difficult habits to break and one of the addiction syndromes most likely to cause relapse.

According to Harvard Medical School, “These are among the most commonly abused drugs in the world – and also some of the toughest for addicts to quit.” The longer a person has been abusing stimulants, the harder it will be to stop and the more likely it will be for dangerous side effects to occur.

Call 800-605-6597 Who Answers? today. We can help you find a treatment program in your area or learn more about your recovery options. By starting your journey today, you can possibly avoid some of the more severe issues associated with stimulant abuse.