In medicine, stimulant medications are prescribed to treat attention deficit disorders ADD and ADHD, narcolepsy, and obesity. They can be used safely under a qualified physicians care, but, like other stimulants such as cocaine and methamphetamine, these drugs are being abused at increasingly rapid rates.

The potential dangers of stimulant abuse can range from physical impairments to long term psychological disorders that may be hard to distinguish from some of the most serious psychotic conditions.

What is Stimulant Abuse?

Stimulant abuse involves using stimulants in ways or for reasons other than intended and in spite of the harm the abuse can cause. It may be using illegal stimulants, taking more medication than prescribed or more frequently, using medications without a prescription, taking stimulants via alternative routes of administration to get “high”, or taking them in combination with alcohol or other drugs.

Stimulant abuse often leads to stimulant dependency where the person no longer feels “normal” without using the drugs. Over time, their use becomes compulsive, despite the negative consequences, and if they attempt to quit, they suffer withdrawals. According to the National Institute on Drug Abuse, “Addiction most likely occurs because stimulants, when taken in doses and routes other than those prescribed by a doctor, can induce a rapid rise in dopamine in the brain.”

The potential dangers of stimulant abuse to the person’s physical health typically involves excessive weight loss or malnutrition, dehydration, excessive fatigue, disturbed sleep patterns, and disregard for overall health. More seriously, the toxicity of stimulants, increased respiration, blood pressure, heart rate, and body temperature can damage nearly every organ and system in the body including the brain, heart, lungs, bladder, and kidneys leading to permanent or fatal conditions including overdose. 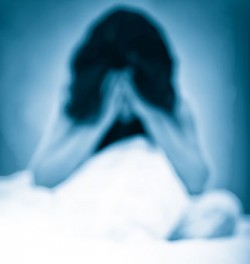 Stimulant abuse can cause anxiety and depression.

The potential for psychological dangers of stimulant abuse are as alarming as they are complex. Abusers often binge on the drugs until they are completely exhausted or their supplies run out.

The over-stimulation of the central nervous system causes functional damages as well as structural damages in the brain and neuronal communications. This can result in emotional, cognitive, and behavioral instabilities including: