In the fast paced world we live in it’s not unusual for people to use natural stimulants to boost energy, increase alertness, fight fatigue, or enhance their cognitive and physical performance just to keep going in their daily strides.

Like prescription stimulant drugs, natural stimulants have the ability to tap into the brain’s circuitry to imitate natural chemical messengers and disrupt the communications of nerve cells, including over-stimulating the reward pathways of the brain that can lead to reinforced behaviors and addiction.

Some common natural stimulants have less abuse and addictive potential than others including:

Some natural stimulants produce effects similar to amphetamines, making them more abusive and addictive including:

There is no way of knowing who will develop an addiction to natural stimulants, but, according to the National Institute on Drug Abuse, there are 4 general reasons people initially use drugs including:

Continuing the use of natural stimulants over time, can result in the need to use more of the substance to achieve the desired effects or even just to feel “normal”. These conditions describe the tolerance and dependence which are the hallmark beginnings of addiction. When you begin to seek and use the natural stimulants compulsively, even though you know it may be causing harm to you or someone else, you must consider the fact that you are probably addicted. 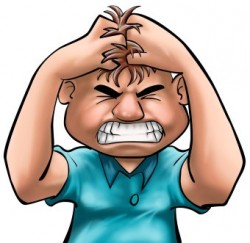 If you feel anxious without taking natural stimulants, you may be addicted.

Signs you are addicted to natural stimulants include: