Even though stimulants help treat individuals with ADHD and other disorders, they can be habit-forming and cause many other sorts of long-term effects on those who are chronic users and abusers. Depending on your situation, you could experience many long-term effects from stimulants. 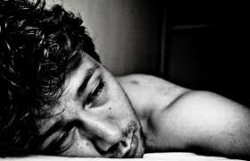 Stimulants cause severe consequences on the long-term.

Addiction is one of the worst and most dramatic long-term effects of stimulant use. Many people like the way the drugs make them feel, and they become obsessed with always feeling that way. According to the NIDA Teen, “Stimulants can increase the dopamine in the brain very quickly,” especially if a person is taking these drugs in higher doses or for a longer period of time than prescribed. This feeling can change the way the brain works until it craves stimulants and their effects.

Other issues that develop along with addiction are:

When someone uses or abuses stimulants for a long time, there is always a chance the brain will become accustomed to the effects of the drug and more will be needed for the person to feel them. If they take more of the drug than prescribed, that is abuse which can lead over time to stimulant addiction.

Physical Health Effects of Long-term Stimulant Use and Abuse

Even worse, more issues can surface with the abuse of stimulants in the long-term, such as:

According to the NIDA, “Users take cocaine in ‘binges,’ during which the cocaine is used repeatedly and at increasingly higher doses” which can help lead to many of these issues. The same pattern occurs in those who abuse prescription stimulants in the long-term.

Depending on the drug, other health effects can occur over time. Cocaine abusers may experience “loss of sense of smell, nosebleeds, problems, with swallowing, hoarseness” and other issues as a result of snorting the drug. Meanwhile, those who abuse prescription stimulants like amphetamine could experience ulcers and other gastrointestinal problems.

Mental Health Effects of Long-term Stimulant Use and Abuse

Someone who uses stimulants in the long-term may find that they have mood and behavioral changes that they do not like. They may become nervous, restless, or irritable much of the time.

While these mood disturbances can be alarming, CESAR actually states that there are many mental health effects caused by long-term stimulant abuse, such as:

People who abuse stimulants in the long-term often experience the symptoms of toxic psychosis which is very similar to schizophrenia. Long-term stimulant abuse can cause many mental health issues, while also affecting memory and the brain’s ability to feel pleasure. These issues, along with stimulant cravings, can take a long time to subside.