According to the National Institute on Drug Abuse, cocaine is a natural stimulant produced by the coca plant. There are many myths about cocaine since it gained popularity in the 1980s. These myths are often perpetuated by movies and television. Clearing up these myths is very important, if you want to understand the danger you are in when you use cocaine.

Myth: Cocaine is Not Addictive

Myth: Cocaine is for the Rich

Myth: There is No Crash Period with Cocaine 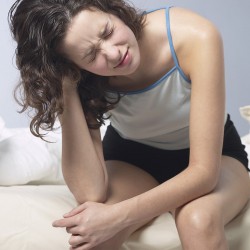 There is a crash period after using cocaine, making users feel hung over.

After coming down from cocaine there is a crash period. You feel sleepy and fatigued the next day. Some people report a headache and feeling hung over.

Cocaine is not safe. It is an extremely dangerous, extremely addictive stimulant. It can overload your heart and cause cardiac failure. It can also leave you destitute, homeless, jobless, and addicted to a drug.

Cocaine does not make you any more social than you were before. It does make you more talkative but this is usually not a good thing because cocaine reduces your inhibitions.

Myth: Cocaine is a Natural Drug so it is Not Dangerous

After establishing cocaine is in fact dangerous to your health and life, you realize that not all things in nature are benign. There are many dangerous, venomous, and poisonous plants and animals on earth. Just because something is natural does not make it healthy.

Myth: Cocaine is Easy to Get Away From

Cocaine is psychologically addictive. This makes it a very difficult addiction to break. Since the addiction is primarily mental, it takes counseling and hard work to break a psychological addiction. Most people wind up needing professional therapy for months in order to avoid relapsing into cocaine or crack cocaine use.

Myth: Everything is Better on Cocaine

Everything is not better on drugs. Although some people believe it is better, it is a chemical reaction inside your brain. A chemical reaction that is over quickly and leave you feeling poorly afterwards, not to mention craving the drug.

Myth: There is No Way to Get off Cocaine once you are Addicted

There are ways to get off cocaine. Unfortunately, those ways are often difficult. You do have treatment options available. There is inpatient and outpatient treatment as well as community based treatment programs. Most people find a treatment option that works for them after a bit of research. To get started on this research call us at 800-605-6597 Who Answers?.

Signs of Cocaine Use You Can’t Ignore