According to the DEA, “Though some people still refer to all drugs as ‘narcotics,’ today ‘narcotic’ refers to opium, opium derivatives, and their semi-synthetic substitutes.” However, the former definition is often used in many instances, resulting in considerable confusion. In addition, the use of slang terms, a practice meant to mask the illegal activity of buying and selling drugs, can make it even more difficult to know what drug someone is talking about.

Knowing the slang terms for different drugs will help you be safer and more aware in an abuse situation, especially in case an individual experiences adverse effects and needs to be treated immediately.

Opioid drugs cause an individual’s bodily functions to slow down. During an opioid high, these drugs can cause dangerously slowed breathing, slowed heart rate, and impaired cognition. These drugs are referred to as narcotics by both abusers and clinicians. Some of the common slang terms associated with opioids include: 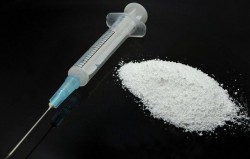 A popular slang term for heroin is smack.

Sometimes, stimulants are referred to as narcotics. Even though they are technically part of this group, they still are commonly abused by individuals who want to get high (DEA). However, the high caused by stimulants often feels very different from that which is caused by narcotic or opioid abuse. Stimulants cause an increase in bodily functions and may be referred to by some of the slang terms listed below:

While certain other substances may be called narcotics, they do not technically fall under this category. Like stimulants, they are often referred to by this name when they are being labeled as drugs of abuse. According to the NIDA, these substances (and their common slang terms) include:

Why Should I Know the Difference?

It is important to understand that, while narcotics are clinically known as opioid-based drugs, there can be some confusion about the term as a result of illicit drug abuse. Knowing the different slang names for narcotics, stimulants, and other commonly abused drugs can help you identify the dangers of these substances as well as the state someone may be in after taking them. Dangerous and highly abused drugs are often referred to as narcotics as well as a host of other street names that can help you identify their origins and effects.