Types of Stimulants that are Dangerous

According to the NCJRS, “Stimulants get their initial popularity because they offer a shortcut to goals admired as typically American… Energy and efficiency are available simply by taking a substance, a substance that can be cheap as well as energizing.” However, stimulants can be dangerous in nearly all forms, and while some can be much more harmful than others, it is important to understand the risk a person undertakes when using stimulants. 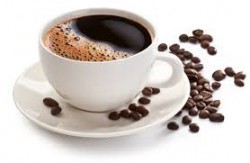 Caffeine can be harmful if abused in large quantities.

While many individuals consider caffeine to be a dangerous substance, it is not nearly as potentially harmful as other stimulants. A person does not need a prescription in order to obtain caffeine or a substance that contains it, and according to the NLM, “For most people, the amount of caffeine in two to four cups of coffee a day is not harmful.” However, an individual who takes in too much of this substance every day could experience certain side effects such as:

Caffeine can also interact with other substances, and individuals who are pregnant or nursing are discouraged from having a high caffeine intake. Even though this substance is not as dangerous as other stimulants, it still has a potential to cause harm, which is why it should be used carefully.

According to the NIDA for Teens, “There are two commonly abused types of [prescription] stimulants: amphetamines and methylphenidate.” These drugs are often prescribed under the brand names Adderall, Dexedrine, Ritalin, and Concerta to treat ADHD, narcolepsy, and other issues. They can be extremely beneficial to those who need them; however, their overuse can cause dangerous effects such as:

Any of these issues can become very dangerous for individuals who regularly take stimulants, and they have more of a potential to occur when these drugs are abused. Some users experience intense mood swings as well as paranoia, hostility, and even hallucinations after long-term abuse.

Prescription stimulants can become more harmful and addictive than caffeine so they must be taken only by the recommendation of a doctor. Taking these drugs in a way that is not prescribed can lead to serious results, even death.

Drugs such as cocaine, methamphetamine, and MDMA are illicit stimulants which are extremely dangerous and not prescribed for any medical purposes. While methamphetamine is sometimes used to treat ADHD, this medication is very different from the illicit form of crystal meth and is very rarely used because of its addictive properties.

According to the NLM, “It is easy to lose control over cocaine use and become addicted.” This is also true for other illicit stimulants. Drugs that are smoked like crack and crystal meth are especially dangerous because they can lead to addiction much more quickly as well as all of its results. MDMA can also cause death, “usually as a result of heatstroke from dancing in hot clubs for long hours without replenishing lost body fluids” (CESAR).

While there are many types of stimulant drugs, some are more likely to cause dangerous effects than others. Still, any of the substances above can become harmful when abused.