Stimulants, such as cocaine, crack and prescription amphetamines are often referred to on the streets using various different types of terms. From street names that describe the drugs based on their look, texture or color to those which are based on the “high” that is felt when the drug is used, various street names for stimulants exist. In fact, there really is no limit to the types of terms that can be used to describe these drugs—the limits are only based on that of the imagination of those who abuse them. 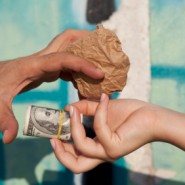 Street names are often used to conceal illegal drug use.

The most common types of stimulants include cocaine and methamphetamine but there are a number of others as well such as:

Each of these stimulants has it’s own set of lingo and terms that are used to openly talk about them. For instance, crack is often referred to as hard or as freebase. Cocaine is commonly referred to as powder or coke.

Crack, the powerfully potent form of cocain, is often referred to on the streets as base, freebase or hard. Additional street names include:

Cocaine is one of the most widely abused stimulants in the world. This drug is generally in the form of a fine powdery substance that can be smoked, consumed, injected or snorted. Street names for cocaine include:

Amphetamines, such as dexedrine, are usually prescribed in a pill form. These pills can various colors and shapes. Amphetamine street names often include:

As you can see, each of the above stimulants is referred to on the streets by a variety of different names. These names are really only limited by the imagination of the people who choose to abuse the drugs.