There are both legal and illegal stimulants. While some are used for good, such as the treatment of ADHD, others are abused by people who are interested in the way the drug makes them feel.

No Real Medical Use

Some types of stimulants have no medical use, which is why they are considered unsafe for consumption for any reason. Not only can these drugs have an immediate impact on the person who takes them, but they can cause long term damage as well.

The most common types of street stimulants include:

These drugs cannot be purchased legally. These drugs are not prescribed by a doctor. Instead, they are purchased illegally on the street, which shows just how dangerous they are.

Taking one of these drugs, even in a small dose, can lead to unsafe side effects. Furthermore, in the most serious of situations, when taking in large quantities an overdose can occur.

Drugs that are classified as medical stimulants are unique. These are prescribed by doctors for the treatment of many conditions, such as ADHD and other related disorders. However, due to the impact of these drugs, they are often times sold illegally on the street as well. 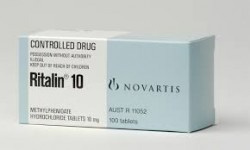 Ritalin is an example of a legal stimulant with real medical use.

Medical stimulants should only be used by a person who is under the watchful eye of a medical professional.

Note: if you are using one of these drugs to treat a verified condition, it is required that you carry a valid doctor’s prescription.

There are many stimulants out on the street, with people purchasing these drugs illegally on a regular basis. Any type of stimulant, regardless of what it may be, can impact a person’s mind and body, especially if it is abused.

In the event that a person becomes addicted to this type of drug, seeking treatment at a rehab facility is often times the next step.