The question of whether all types of stimulants are harmful continually comes to the forefront. Before you can answer this question, you need to address another: what do you consider to be harmful?

Let’s start out by taking a look at some legal stimulants: caffeine, nicotine, and Dexedrine. 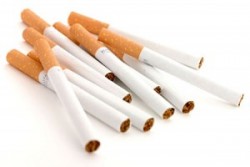 Nicotine is an example of a legal stimulant that can cause grave harm.

Every day, tens of millions of people put caffeine into their body in some form. For example, caffeine is used in both coffee and many types of soda. There are dangers associated with these beverages, but they are not nearly as intense as those related to illegal stimulants (more on this below).

Nicotine, however, has been proven to harm the body in many ways, such as an increased risk of cancer. Even so, it is legal.

If a stimulant is illegal you can be rest assured it is more dangerous. There are many drugs that fit into this category, including: cocaine, crack cocaine, MDMA, and methamphetamine.

These stimulants are harmful on many levels, including the way they can alter a person’s mind and body.

In addition to the serious side effects associated with taking the drug, there is always the risk of overdose.

Some of the most significant side effects associated with illegal stimulants, such as cocaine, include:

Just the same as you can become addicted to legal stimulants, such as coffee, there is always the possibility you could do the same with an illegal drug. Due to the power of these substances, the possibility is much greater.

Taking an illegal stimulant one time does not always mean a person will continue to do so in the future. The more the drug is used the greater chance there is that this will continue, eventually leading to regular abuse and an addiction.

The primary fear of stimulant addiction is the harm it can cause the body. The more a particular drug is used, the more harm it causes. While there are methods of overcoming an addiction, it is never a simple process. Along the way, the person will face periods of pain and discomfort, such as during withdrawal.

All in all, every type of stimulant has the potential to cause some level of harm. Those that are illegal are more likely to lead to side effects, both mentally and physically, some of which can persist for an extended period of time.