Can You Become Addicted to Stimulants? 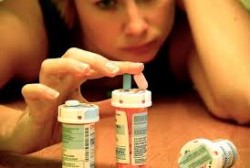 Abuse of stimulants can cause changes in the brain’s reward system and eventually lead to addiction.

Stimulants include drugs like cocaine, crack, amphetamine, methamphetamine, and various prescription drugs that have amphetamine in them such as Adderall. Abusing these drugs can make a person addicted to stimulants.

One drug that has begun to become more rapidly abused is Adderall, which is a prescription stimulant that is prescribed to people who suffer from attention deficit hyperactivity disorder (ADHD). Since Adderall is prescribed to people, some individuals think that it is safer to take, but just like other stimulants, it can be dangerous and is addictive.

According to the Drug Enquirer, if a person is addicted to Adderall, they will also be physically dependent on the drug and if that is taken away, there will be a violent physical reaction. If a person no longer has Adderall, after using it for a while, they may develop severe depression and a have drug craving so powerful that they will do almost anything, such as commit violent crimes to get more drugs.

People abuse stimulant drugs for various reasons, but the more a person abuses a stimulant, the more of a chance they have at developing an addiction to the drug, and the more danger they are putting their body in.

All stimulants work by altering a person’s brain chemicals and causing their serotonin and dopamine levels, which is their reward system in their brain, to increase. When a person is abusing stimulants, they may feel a euphoric feeling flood throughout their body, and they will feel more alert and happier. However, once the drug is out of their body, they will crash, resulting in them feeling sad and fatigued.

According to the National Institute on Drug Abuse, drug addiction is a chronic and often relapsing brain disease that results in a person compulsively seeking out and using drugs, regardless of the harmful consequences to the addicted individual and to others around them.

Drug addiction can occur quickly or it can take time to develop, but if a person continues to use drugs, the brain changes that will occur over time will begin to challenge their self-control, and eventually they may not have the ability to resist the urges they will have to take drugs.

If a person develops an addiction to a stimulant drug, they will compulsively use the drug, and if this continues for a long period of time, they may cause permanent damage to their brain and risk the chance of having heart problems. Stimulant addiction is a serious health problem and if a person has developed an addiction they should get help from a stimulant addiction treatment program before they cause any more damage to their body.