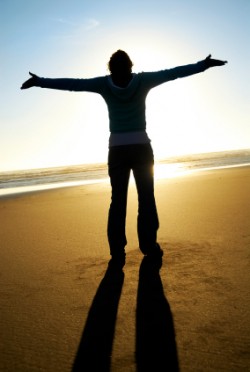 You can overcome a stimulant addiction!

Stimulant addictions can be some of the most brutal of all the different drug types. Specifically designed to stimulate the central nervous system, ongoing use of stimulants quickly leads to burnout.

The surge of energy and increased concentration produced by stimulants can easily drive a person to keep using these drugs under the right circumstances. Unfortunately, these effects only last for so long before the brain and body start to show signs of wear and tear.

Overcoming addiction to stimulants can be challenging at best, even when getting needed treatment help. That being so, the effects of these drugs in a person’s like makes it difficult to ignore the growing problem of uncontrollable drug use.

Dangers of Addiction to Stimulants

According to Harvard Health Publications, an estimated two million Americans suffer from stimulant addictions within any given year. Whether legal or illegal, these drugs carry a high potential for abuse, dependency and addiction.

Some of the more dangerous stimulant drugs include:

Addiction to stimulants can start from taking a prescription medication as well as from experimenting with street drugs like cocaine and ecstasy.

The abuse of prescription medications, such as Ritalin, Concerta and Adderall can be especially dangerous considering the manner in which these drugs are ingested. Though tablet and capsules are formulated to have long-acting effects, users often snort and inject these drugs instead. By doing so, the full effects of the drug hit the body’s central nervous system all at once.

Under these conditions, addiction to stimulants can develop just as quickly with prescription medications as with illegal street drugs.

Overcoming addiction to stimulants entails allowing the brain and body to return to normal levels of functioning. Stimulant effects on brain chemical functions create a snowball effect that happens in two ways:

Overcoming addiction to stimulants requires users to make it all the way through the withdrawal period in order to break the body’s physical dependency on the drug. Afterwards, a person must work through his or her psychological dependence on the drug’s effects.

An addiction to stimulants causes the type of widespread damage that requires professional treatment help. Warped brain chemical processes and weakened brain structures leave addicts in a perpetual state of ongoing cravings for more of the same in the absence of treatment interventions.

Treatment for addiction to stimulants entails stopping drug use altogether so brain functions can heal. The damage done to a person’s psychological state and ability to think clearly may also warrant extensive psychotherapy and behavioral therapy treatment.

Overcoming an addiction to stimulants isn’t easy, but it can be done when a person has the needed treatment supports in place.