Is there Rehab for Stimulants?

Are you familiar with the fact that there are both legal and illegal stimulants? Are you aware that you could become addicted to either type?

It goes without saying that legal stimulants are not nearly as addictive as the illegal variety. These include substances such as caffeine and nicotine.

Generally speaking, a person who is addicted to a legal stimulant, such as caffeine, is able to overcome the problem without professional help.

On the flip side, illegal stimulants are much more dangerous. These drugs are more powerful, which means beating an addiction can be an uphill battle. Some of the most common illegal stimulants include: methamphetamines, cocaine, and crack cocaine.

Before we go any further, let’s take a close look at the definition of a stimulant, as defined by the National Institute on Drug Abuse:

“As the name suggests, stimulants increase alertness, attention, and energy, as well as elevate blood pressure, heart rate, and respiration. Stimulants historically were used to treat asthma and other respiratory problems, obesity, neurological disorders, and a variety of other ailments. But as their potential for abuse and addiction became apparent, the medical use of stimulants began to wane.”

All stimulants have a similar effect on the body. The difference between legal and illegal substances is the power of the impact, as well as the addictive properties. 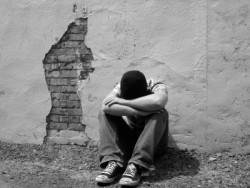 If a person is addicted to a stimulant, especially one that is considered illegal, such as cocaine, they have a couple options as far as rehab and treatment is concerned.

The first thing most people think about is beating the problem on their own. They want to put this in the past by simply cutting the drug out of their life. This sounds easy enough, but this type of addiction is quite powerful.

The other option is to seek professional assistance from a drug rehab center. This is a big step, and one that many people avoid at all costs. However, it is also one that has been proven effective over the years.

There are many benefits associated with professional rehab, including the ability to receive high quality treatment around the clock. It can be difficult to put a stimulant addiction in the past, so getting the assistance of a medical team is a huge advantage.

How does it Work?

Anybody who is considering rehab for stimulants should become familiar with the ins and outs of such a program, including what to expect along the way.

First and foremost, you will go through detoxification. This is the most challenging part of rehab for most people, as it means big changes to their mind and body. The cravings will be intense. Along with this, there is the possibility of pain and discomfort, especially early on.

Despite the fact that there are many withdrawal symptoms to contend with, it is important to look at this as the first step towards a better future. Once you make it through detoxification, you are not out of the woods just yet. That being said, you are well on your way.

From there, it is time to receive counseling and therapy. Most people who check into rehab for stimulants remain in the program for a period of two to four months. Of course, this depends on a variety of factors, including your willingness to get help and progression.

Therapy and counseling is provided on a regular basis. Some rehab centers even offer individual sessions, giving you the opportunity to connect on a personal level with a medical professional. This is when you can dive into the finer details of your situation, including what has plagued you in the past and what you can do in the future to better your situation.

At some point, you will focus on relapse prevention. This is extremely important to your long term success, as you must have the appropriate mindset as you move forward. What will you do to avoid going down the same road in the future? How will you deal with any cravings that come up along the way? What will you say to somebody who wants you to use a stimulant “just once?” These are all the types of questions you will address in the relapse prevention portion of your treatment.

Some people believe there is nothing they can do about a stimulant addiction. They fight on their own to put this behind them, but never really get on the right path. Conversely, those who seek rehab at a treatment facility often find that they are feeling better within a few weeks. It is a long road to a full recovery, but getting on the right track is job number one.

All in all, there are hundreds of facilities that provide rehab for stimulants. Finding the right one and checking into treatment can be the first step towards a life without drug use.