How Stimulant Abuse Relates to Crash Dieting and Eating Disorders

According to the National Institute on Drug Abuse, stimulants speed up your metabolism. When you speed up your metabolism, you lose weight. This is why many diet pill manufacturers use stimulants in their pills. Using a diet pill that causes you to lose weight rapidly is one of the most common forms of crash dieting and crash dieting often causes or is a symptom of an eating disorder.

The majority of the diet drugs on the market contain some form of stimulant. Although some of them contain substances as simple as caffeine, many of them contain dangerous toxins including amphetamines. Although all stimulants speed up your metabolism and suppress your appetite, they also are addictive and most often dangerous.

What is Crash Dieting? 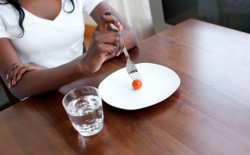 In an effort to lose weight, stimulants may be used in combination with crash dieting.

Most crash diets only work if you want to lose a small amount of weight in a specific amount of time. It is an unhealthy way to lose large amounts of weight. The problem with crash diets is that they give a fast reward.

How do Eating Disorders and Crash Dieting Relate to Each Other?

Crash dieting using stimulants is a way to further the eating disorder. People with these disorders chronically over or under eat. They use the crash diet to try to correct their body weight. A few of these disorders are:

Where to Find Help