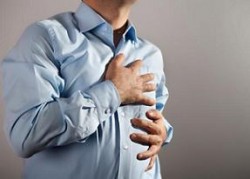 Stimulant abuse leads to heart problems and other health issues.

Stimulants are known for increasing mental activity, energy, and alertness and are some of the most commonly abused drugs in the country. Many legal and illegal drugs fall under the stimulant category including caffeine, nicotine, ecstasy, Dexedrine, Ritalin, Concerta, Adderall, methamphetamine, and cocaine. Regardless which of these drugs a person is using and abusing, there are at least five common long term effects of stimulants abuse found across the board with stimulant abusers.

A person who abuses stimulants will find themselves at greater risk of suffering from depression. Depression can onset when a person is suffering through withdrawal or even shortly after the initial dosage of the stimulant. Stimulants work by providing a rush which is then followed by a loss of neurotransmitters. This loss starts the depression cycle, which many abusers try to avoid by taking another hit of their stimulants.

Depression if left untreated can cause problems both on a personal and a professional level. While stimulant abusers may be able to overcome depression on their own in time, many times the depression will need to be actively treated by medical professionals.

Stimulants, when taken in large amounts, can cause dangerously high body temperatures and an irregular heartbeat according to the National Institute on Drug Abuse. It can also increase the potential risk of cardiovascular failure. Because stimulants increase blood pressure and heart rate, this can eventually cause issues later in life. As reported by the National Heart, Lung and Blood Institute, high blood pressure can eventually lead to coronary heart disease, heart failure, stroke or kidney failure if it is consistent. Not only can stimulant abuse cause high blood pressure but it can cause serious damage to blood vessels due to constriction.

Stimulants can cause feelings of euphoria. However, once the initial rush wears off, the person will quickly find themselves feeling depressed, lethargic and irritable. They will find themselves craving more stimulants to get back to the euphoric or happy and alert state. Because the intense rush only lasts for a short amount of time, people around the abuser may notice obvious mood swings. These very same mood swing symptoms can be found on a long term basis as many struggle with the loss of the euphoric and alert state that stimulants bring and find themselves battling depression and other long term symptoms.

Some stimulants like amphetamines can cause psychological issues. According to the National Institute on Drug Abuse, these include hallucinations, feelings of paranoia, delusions, and cause periods of violent behavior. Cocaine, another stimulant, also has these similar long term withdrawal symptoms. Stimulant abuse can worsen existing symptoms for those who currently are suffering from bipolar disorder, schizophrenia and other mental health issues.

One long term effect of stimulants abuse that is very common with other drug abuse situations is the loss of family, friends, and jobs. Because the cycle of abuse can last for many years, the abuser will likely lose their close friends and the support of their family as they suffer through the depression and other symptoms of stimulant abuse. Some may even lose their jobs as stimulants like cocaine, methamphetamine and ecstasy can be easily detected in a company drug test. While some legal stimulants like Adderall and Ritalin are not flagged on company drug tests, excessive amounts can draw attention to potential prescription drug abuse.