As the name suggests, stimulants increase alertness, attention, and energy, as well as elevate blood pressure, heart rate, and respiration” (NIDA). Certain stimulants can be used to treat medical conditions like ADHD and narcolepsy while others are illegal to use because of their extremely dangerous effects. All stimulants can be abused and cause addiction if they are taken this way for an extended period of time. Below is a list of some of the most commonly used and abused stimulant drugs.

According to the DEA, “Stimulants are diverted from legitimate channels and clandestinely manufactured exclusively for the illicit market.” Illicit stimulants are extremely dangerous and are not approved for any medical use. 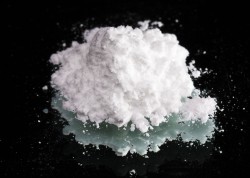 Cocaine is a popular illicit stimulant.

These drugs can be part of a treatment program for patients with hyperactivity disorders. However, they are often abused as well for the effects they cause.

The stimulant drugs listed above can be extremely dangerous when abused and may cause many of the same effects when taken in high doses. As stated by the DEA, “During heavy use, all other interests become secondary to recreating the initial euphoric rush.” Individuals who become addicted to stimulants will often need medical treatment as well as months of counseling and behavioral therapy to slowly minimize cravings and withdrawal symptoms.