Stimulant drugs take a variety of forms, both legal and illegal. Prescription drugs, such as Ritalin and Strattera produce many of the same effects as illegal drugs like cocaine and crystal meth. 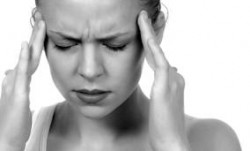 Stimulants can significantly affect brain function in the short-term.

While the long-term effects of stimulants can essentially ruin a person’s life, the short-term effects can also produce considerable damage to brain and body functions. Regardless of the type of drug, stimulants work by speeding up central nervous system functions throughout the body.

Whether legal or illegal, stimulants tend to produce feelings of euphoria and a surge in energy levels. These effects greatly influence the addictive potential of these drugs.

According to the National Institute on Drug Abuse, before the addictive potential of stimulants became apparent, stimulants were used to treat a wide range of conditions, some of which include:

People affected by these conditions gained short-term relief from the effects of stimulants on the central nervous system. Once the potential for abuse and addiction became known, stimulant uses have been limited to treating conditions involving narcolepsy and attention-deficit hyperactivity disorder. Even when taken on a prescription basis, people being treated for these conditions are still at risk of addiction due to the effects of stimulants.

Effects on the Brain

The effects of stimulants on the brain work in much the same way as a group of brain neurotransmitter chemicals known as monoamines. More specifically, monoamines include the chemicals dopamine and norepinephrine.

When ingested, stimulants increase dopamine and norepinephrine secretion amounts. The increases in chemical levels account for why a person experiences:

While these effects may seem positive, they are nonetheless short-term effects of stimulants. Over time, increased amounts of neurotransmitter chemicals in the brain can have grave repercussions for chronic users.

Even when taken on a short-term basis, the brain cell sites that secrete these chemicals become overworked to the point where larger doses of the drug are needed to produce the same desired short-term effects. With ongoing use, the brain eventually becomes dependent on stimulant effects while its tolerance level for the drug continues to rise.

Effects on the Body

The short-term effects of stimulants on the body tend to “evolve” over time the longer a person continues to use them. During the first couple weeks, users may experience the expected feelings of euphoria and increased energy.

With ongoing use, withdrawal effects become more intense and extremely uncomfortable. With long-term use, the effects of stimulants can cause actual medical and psychological disorders to develop.