Pros and Cons of Stimulants for ADHD

Symptoms of hyperactivity disorder take the form of:

Children and adults affected by ADHD also have difficulty controlling their impulses, making them highly emotional and impatient overall. Stimulants for ADHD attempt to reduce the severity of symptoms experienced by correcting for existing brain chemical imbalances.

Pros for Stimulants for ADHD

According to the U. S. National Library of Medicine, ADHD exists as the most prevalent psychiatric disorder affecting children and adolescents. An estimated three to seven percent of school-aged children struggle with ADHD symptoms within any given year.

ADHD also has a tendency to persist throughout the childhood and teenage years on into adulthood, leaving many adults unable to function effectively in daily life. Overall, stimulants for ADHD offer the most accessible and effective means of treating ADHD symptoms.

Stimulants for ADHD offer a range of treatment benefits for both children and adults. According to St. John Fischer College, ADHD medications change a person’s thinking processes and emotional responses, which in turn reduces symptom severity. 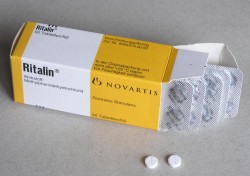 Cons of Stimulants for ADHD

Perhaps the biggest debate surrounding the use of stimulants for ADHD has to do with the criteria used to diagnose ADHD. While specific behavioral indicators do exist, there’s no actual diagnostic tool in use. This means, an ADHD diagnosis, for the most part, hinges on a doctor’s judgment call.

This ambiguity leaves considerable for error, especially when stimulants for ADHD are prescribed as different medications target different types of symptoms. Medications used to treat ADHD include:

Whereas one medication type may work to address the hyperactivity component, another treats the attention-deficit or impulsivity aspect of the disorder. Without clear diagnostic criteria in place, someone taking a stimulant for ADHD may be prescribed a drug that addresses the wrong set of symptoms.

Much like any other type of treatment drug, ADHD medications affect different people in different ways. This means, some may be more prone to developing side effects than others.

Side effects commonly associated with ADHD medications include:

Stimulants for ADHD alter essential neurotransmitter chemical processes in the brain. These effects can breed physical and psychological dependency over time.

With long-term use, ADHD medications change the brain’s chemical pathways and in the process, the brain comes to rely on these drugs to maintain normal functioning. The brain can also develop an increasing tolerance to the drug’s effects, which sets the cycle of abuse and addiction in motion.