How Long Do the Effects of Stimulants Last?

When it comes to stimulant abuse, there is a lot you need to know. This is particularly true if you or a loved one is addicted to such a drug and unsure of where to turn for help.

People abuse stimulants because they like the way the drug makes them feel. As it begins to wear off, they consider where to get their next “fix.” This is the cycle that makes the drug, among others, so dangerous.

The Duration of Stimulant Impact

It goes without saying that anybody taking an illegal stimulant is doing so because they enjoy the way it transforms their body, even if only temporarily. It is important to understand the ins and outs of the impact on the body, including how long the effect will last.

There is more than one type of stimulant, with each one having a different effect on the body. For example, caffeine is a legal stimulant but is not nearly as powerful as cocaine or methamphetamine. 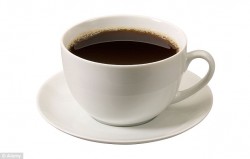 The impact of a cup of coffee might not be as strong as that of other stimulants.

According to the National Institute on Drug Abuse, the duration of a cocaine high is based largely on how it is administered. The faster the drug makes its way into the blood stream the more intense the results. Conversely, the shorter the duration.

For example, a high from snorting cocaine is slow when compared to smoking the drug. Even so, the high can last as long as 30 minutes. Smoking cocaine causes a more immediate impact on the body, but the high will only last 10 minutes at the most.

Methamphetamine use, when compared to cocaine, leads to a longer period of euphoria. While the crash may be just as hard, the time during which the person remains high is longer. This is what drives many people to use the drug, as they want to feel as good as possible for as long as possible.

There is no easy way to determine how long the effects of a stimulant will last. This depends on factors such as the type of drug, the amount that is used, how it is administered, the user’s health, and the user’s overall body makeup.

One thing is for sure, however: the abuse of an illegal stimulant will have an impact on your body, both in the short and long term. It may make you feel good for a brief period of time, but over the long run it can cause serious damage.