Effects of Stimulants that Warrant Treatment

If someone taking stimulant drugs begins to undergo a seizure, this condition must be treated right away. According to a study from the NCBI, “The use of psychostimulants,” including cocaine, amphetamines, and even caffeine, “can induce single or multiple seizures in healthy subjects.” This side effect is rare, especially when someone takes their medication as directed, but it can occur, and it is sometimes a symptom of stimulant overdose. Individuals who have never experienced seizures before should be taken to the hospital immediately to be treated for the condition.

Stimulants can cause severe malnutrition and weight loss in some individuals. Because they suppress a person’s appetite, even someone who is taking their medication as directed can experience dangerous weight loss. If you believe someone you know is malnourished as a result of stimulant use, the preferred treatment is a consultation with the physician who put them on the medication and, often, a slow tapering of the drug.

Mania, aggression, and hostility are all more likely to occur in someone who is taking stimulant drugs. However, these are potentially harmful side effects and will often only become worse with time. In some cases, especially those where the individual is abusing the substance, these psychological changes can result in a full-blow psychosis. According to CESAR, the condition is “similar to schizophrenia” and “can involve paranoia, picking at the skin, and auditory/visual hallucinations.”

It is necessary that any individual who experiences manic, aggressive, or paranoid behavior see their doctor immediately; otherwise, the condition may worsen, and they will likely need to spend time in an inpatient treatment center. 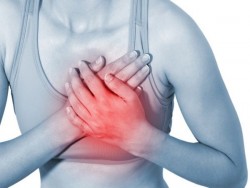 One serious side effect of stimulants is potential heart problems.

According to the NLM, anyone who experiences:

while taking Adderall or a similar stimulant medication should seek medical attention. This is because heart attack, stroke, and heart failure are all possible effects of stimulant use and abuse. Many individuals do not experience these problems when they take their medication as directed, but there is always a possibility that someone could take a high dose without realizing it. According to the NIDA for Teens, “Taking high doses of a stimulant can raise a person’s body temperature and blood pressure to dangerous levels and make the heart beat irregularly,” often resulting in the deadly effects listed above.

Someone could undergo an allergic reaction to these drugs in the same way they may react to another substance. The presence of a rash, hives, or blisters can alert you to this type of reaction as well as swelling of the face or tongue, difficulty breathing, or severe itching. If these effects occur when someone begins a stimulant drug regimen, the individual should be taken to the hospital immediately so they can be treated for their body’s adverse reaction to the drug.