Amphetamine Effects on the Brain

Short-term Effects on the Brain 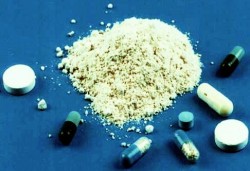 A short-term effect of amphetamines is increased alertness.

According to CESAR, “When amphetamines are used, the neurotransmitters dopamine and norepinephrine are released from nerve endings in the brain and their reuptake is inhibited.” This causes a buildup of these specific neurotransmitters in the brain, which help stimulate arousal, motivation, cognition, and the reward system.

“When nerve cells in the brain and spinal cord are activated by amphetamine, the mental focus, the ability to stay awake, and the ability to concentrate is improved, which is helpful for those with hyperactivity disorders or narcolepsy.” In addition, the individual will feel a decreased need to sleep and eat. These effects often occur around 15 to 30 minutes after the user takes the drug and, unlike cocaine, they can last for hours.

As amphetamine is sometimes taken in very high doses by those who abuse it, the drug can cause euphoria as well. However, this is a dangerous action as it can lead to overdose. In addition, an individual who takes the drug will often feel good at first, but if they take too high a dose, they will experience negative psychological effects such as increased paranoia and aggression. “Unrealistic feelings of cleverness, great competence, and power” are also common effects of high levels of amphetamine use which can lead to dangerous behavior.

Long-term Effects on the Brain

Unfortunately, the longer someone uses amphetamine, the more changes it will cause to the brain and the way it works. Amphetamine abusers experience many side effects including tolerance and dependence. When someone abuses amphetamine for a long time, the brain eventually adapts to the intense euphoria caused by the drug. The individual will need to take higher doses in order to experience that same effect each and every time. Eventually, the individual will become dependent on the drug, as the brain will not be able to function correctly without it. This, in turn, leads to addiction.

Mental illnesses also occur in those who abuse amphetamine. According to the Better Health Channel, “Amphetamine psychosis, which includes hallucinations, paranoia and other symptoms similar to schizophrenia” can occur. These symptoms may take a long time to disappear, even after the individual has stopped abusing the drug. Brain damage can also occur, and though it can often be resolved after a year or so, some issues may be permanent.

Amphetamine causes a wide variety of effects on the brain, especially when it is taken in high doses. The drug causes users to feel alert and excited and, over time, these results change the way the brain works. Someone who has experienced intense psychological effects from using or abusing this drug should seek treatment, as it may be the only way to reverse them.