15 Short Term Effects of Stimulants You Should Be Aware Of

The effects of stimulants can be dangerous, but most literature focuses on the issue of abusing them in the long-term. However, even one large dose can cause problematic and even harmful side effects. This is something every stimulant user should understand, both those who abuse the drugs and those who don’t. And even if you have a loved one who is a frequent stimulant user, make sure you are aware of these 15 short term effects.

“When taken in doses and in ways other than those prescribed, like snorting or injecting, stimulants can increase the dopamine in the brain very quickly” (NIDA Teen). This is what causes the intense euphoria experienced by those who abuse stimulants. However, left to their own devices, some individuals who are prescribed these drugs (especially adolescents) may take more in order to feel the euphoric effects of the drug. This kind of activity is dangerous and should be avoided at all costs.

A person’s blood pressure as well as their heart rate will increase when they are taking stimulants. These effects will usually not become too dangerous unless the individual takes an extremely large dose of the drug. However, it is important to monitor the heart rate and blood pressure of someone who is on a stimulant treatment regimen and ensure that they are healthy. 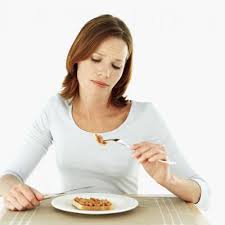 Stimulant use can cause a loss of appetite.

You should not be alarmed if someone taking stimulants does not show as strong of an appetite as before. Appetite loss is extremely common as a short term effect of these drugs. An issue will begin to occur, though, when someone takes stimulants in order to exploit this effect and lose weight rapidly. This can lead to malnutrition and other issues.

According to the NLM, the combination of dextroamphetamine and amphetamine (better known by its brand name Adderall) may cause “changes in sex drive or ability” in the short term. This can mean the individual has a more intense sexual drive or a less intense one, depending on their previous behavior. The individual may also become more open to risky sexual practices if they are abusing stimulants.

This is a sign that a person is intoxicated from stimulant drug use. It is the opposite of contracted pupils which can be caused by painkillers and depressants. This kind of short term effect will help you become aware of an individual’s potential stimulant use and if they are abusing the drug, which will be illustrated by extremely wide pupils.

Nausea and vomiting are common, especially when an individual first starts to take stimulants. Like the nausea caused by most drugs, this can result in gastrointestinal issues after long term abuse, but taking them as prescribed will usually only cause some acute nausea. It is important, though, to monitor the individual and call their doctor immediately if they start to vomit continuously as a result of their stimulant use.

While paranoia is one of the hallmarks of stimulant-induced psychosis (a disorder that often occurs after long-term abuse of these drugs), it can also be a side effect of short-term use. Many people become distrusting of friends and family members when they abuse stimulants and think that everyone is out to do them harm.

Stimulants cause a lack of need for sleep as well as increased energy. They can also give a person a false sense of cleverness, power, and competence, making them more likely to become hostile. If a person does show signs of belligerence as a result of these drugs, it is important not to engage in their argument and to remain calm as well as neutral.

This immediate side effect is one of the best and worst caused by stimulant use. On one hand, it helps individuals struggling with ADHD by relaxing them and yet helping them to pay attention to whatever task is currently important. Consequentially, many people take these drugs when they haven’t been prescribed to do so in the hopes the medication will help them stay up all night and study for a test. This action, when repeated, can cause addiction and often only makes a person’s grades suffer more.

In addition, stimulants can cause a person to become more active and more talkative, depending on how much they take. The drug has a fine line between helping someone focus and making someone manic which is why it should never be taken in a higher dose than prescribed.

Many people take the drug in order to sleep less, but insomnia can often linger past the point where users want it to. This can be incredibly dangerous, as many users will begin to take prescription sleeping pills in order to counteract the effects of stimulants.

One large dose from either a prescription or illegal stimulant can cause overdose and death. According to the NIDA, “At high doses, they can lead to serious cardiovascular complications, including stroke.” In addition, heart attack, seizures, and dangerously high body temperatures can endanger the life of the individual during overdose, especially if they have fallen into a coma.

In high doses, stimulants can cause violent behavior as well as homicidal acts. This is usually caused by illicit drugs like methamphetamine and cocaine, but it should still be understood as a potential side effect of high levels of prescription stimulant abuse.