Cocaine, according to CESAR, is “a highly addictive drug of abuse.” It is often snorted by users although it can be ingested, injected, or sprinkled onto other drugs. “The form of cocaine that is commonly used is a white powder obtained from the leaves of the Erythroxylon Coca plant.” There are many slang terms for this drug in its powdered form, and some can even highlight the method of abuse or other important aspects. Understanding these street names can help protect you from any issues involving cocaine abuse.

Most of the street names for the drug refer to its powdered form. According to the NIDA, “The high from snorting cocaine may last 15 to 30 minutes.” The terms used to refer to this type of cocaine include: 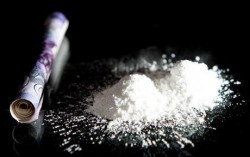 Some slang terms for cocaine include coke, snow, and powder.

Some of the street names, including snow, flake, and sugar, are named specifically because of its powder-like appearance. Others, such as nose candy, illustrate how the drug is abused nasally. Yeyo is another commonly used term which is the Spanish name for the drug.

Street Names for the Use of Cocaine

There are specific terms used to refer to cocaine abuse and its different forms. For example, a bump is a minimal amount of the drug that a person takes to feel a small, fast rush. A line is a term which refers to the powder which has been laid out in a line in order to be snorted. The line is usually somewhere between two and four inches long. An eightball receives its name from the fact that it is 1/8 of an ounce. A brick of cocaine is one kilogram, also called a kilo.

The drug may also be combined with other substances and called by different street names.

According to the NLM, “No matter how cocaine is taken, it is dangerous.” However, crack is most often smoked which makes it incredibly addictive even the first time it is abused. As many users do not realize the extreme difference in the effects of these two drugs, knowing the separate terms for crack cocaine is important as well. These include:

A person who abuses crack will often be referred to as a crackhead instead of a cokehead. Also the drug itself has different use and abuse terms. However, it is still a type of cocaine, and an individual who does not know the difference could experience dangerous results.

Cocaine’s slang terms are various because there are so many ways in which the drug is abused. All of these methods are dangerous and can lead to addiction, mood swings, stimulant-induced psychosis, heart attack, and other serious results.