There are many slang names for cocaine based on how it is made, its method of use, and other terms that are associated with the drug. Individuals who abuse the drug may be trying to hide what they are discussing from others while dealers could be doing the same. Knowing the slang terms for cocaine can help you stay aware of what others are discussing, especially if it is the abuse of a dangerous substance. 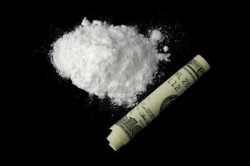 Cocaine is usually consumed via snorting.

Powdered cocaine is what most people usually think of when the drug is discussed. According to CESAR, “The most common method of using powder cocaine is snorting – sniffing the powder into the nasal passages.” In addition, it is also common for this type of cocaine to be “injected intravenously, ingested orally, or even rubbed on the user’s gums.”

Regular, powder cocaine was classified as a schedule II drug in 1970 and has had many street names before and sense then. Here are some of the currently used street names for cocaine.

Many of these terms make reference to the fact that cocaine is a white, powdered substance (snow, powder, sugar) while coke is just a shortened version of the drug’s name. Nose candy is a common term because the drug is usually snorted, and blow is also a popular street name.

As stated by the NIDA Teen, “Crack is a form of cocaine that has been processed to make a rock crystal that people smoke.” Crack is often even more dangerous than regular cocaine as it is much more addictive and can reach the brain much faster because it is smoked instead of snorted. There are a separate slang names for crack cocaine, including:

Crack is extremely dangerous, and many people overdose on it from smoking constantly in order to feel its effects. According to CESAR, “Today it remains a very problematic and popular drug, as it is inexpensive to produce, and is much cheaper to purchase than powder cocaine.”

There are many other slang terms that are associated with the use of cocaine which may be important for you to know.