Someone who has constant headaches and abuses cocaine has likely been doing so for a long time. These headaches are a side effect of prolonged cocaine abuse that are caused by the effects of cocaine and the constant stimulation of the mind and body that occurs during binge abuse sessions. If you are starting to experience frequent and extremely painful headaches as a result of your long-term cocaine abuse, it is likely that you have been taking the drug so often and for so long that you may already be addicted.

When a person goes through cocaine withdrawal, it means that they are dependent on the drug. Because addiction and dependence happen so quickly to cocaine abusers, it is likely that both have occurred. When you suddenly stop taking cocaine, you will experience withdrawal symptoms that include “depression, irritability, extreme fatigue, anxiety,” and an increase in appetite (CESAR). Many people also experience ahedonia, or an inability to feel pleasure, during this time because abusing cocaine in such high amounts has compromised their brain’s ability to do so.

According to the NIDA, after a cocaine abuser has been taking the drug for a long amount of time, they “become more sensitive (sensitization) to cocaine’s anxiety-producing… effects.” This means that something that would not normally bother someone very much (mild bad news, an uncomfortable situation) will become extremely anxiety fueling for a person addicted to cocaine.

Experiencing this kind of extreme anxiety is common for cocaine addicts and can lead to the development of other psychological issues. It will also be very dangerous and could lead to reckless or dangerous behavior which could get the individual hurt or in legal trouble depending on the situation.

A person will likely feel paranoid when they take cocaine, even if it their first time doing so. But if the individual is constantly feeling paranoid, especially about others stopping them from abusing the drug or other issues related to their cocaine abuse, this is a telltale sign of addiction. 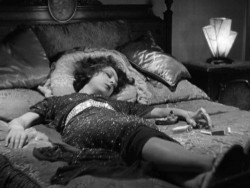 A major symptom of cocaine withdrawal is cravings.

Cocaine has one of the worst craving syndromes and lifespan over nearly any other drug. According to the NLM, “People who stopped using cocaine can still feel strong cravings for the drug, sometimes even years later.” If you know yourself to have incredibly strong cravings for cocaine, you should seek treatment immediately because the longer you continue your abuse of the drug, the harder it will be to stop.

When a person becomes tolerant to the effects of cocaine, they will likely take more and more of the drug each time in order to feel what they used to with a lower dose. Some former cocaine addicts have said that their addictions were essentially all about chasing the original high they felt the first time they tried the drug. This is a telltale sign of addiction, especially if the person continues to abuse more of the drug to try and bypass their tolerance.

“Because cocaine tends to decrease appetite, chronic users can become malnourished as well” (NIDA). Some people may notice that their appetites decrease at first when they are high on cocaine, but after a while, you won’t want to eat at really any time. You will experience a total lull in your appetite which will, eventually lead to extreme weight loss.

Over time, the paranoia you feel as a result of your cocaine abuse, if left unchecked, will turn into a full-blown psychosis. This condition includes:

This state is temporary, but someone undergoing it will need treatment as soon as possible. There is a high possibility that the person may wind up doing something dangerous and irreversible if they are not treated right away.

Abusing drugs when you are alone on a consistent basis is a strong sign of addiction. This means that your abuse is no longer for social reasons or enjoyment but because you need the drug to function. If you abuse cocaine in whatever situation you are in, it means that you would rather take the drug than do anything else. This is dangerous and a telltale sign of addiction.

If someone is constantly thinking about the moment when they can get their next fix, how they feel when they are on the drug, or how they are going to get more of it, they are already addicted. This can lead to drug seeking behavior which is when a person does something risky or dangerous in order to get more of the drug, with no regard for their personal safety or the safety of others.

11. Apathy Toward Other Aspects of Life

Constant cocaine abuse will make someone apathetic toward the other aspects of life that do not have to do with taking the drug. They might get into trouble at work or school, see their grades slip, or even get fired because they will no longer care about their performance. They may also have relationship or family issues due to the way they will often neglect their responsibilities and be less interested in the feelings of others. When a person becomes addicted, that substance becomes the only thing they will feel matters.

12. Lack of Control Over Cocaine Use