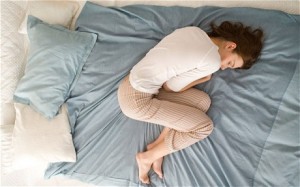 During withdrawal from stimulants you may experience insomnia.

Stimulants, like any other drug, can be abused and have the potential for addiction. Because of this, they have their own group withdrawal symptoms. Withdrawal symptoms for many drugs can be so intense and so uncomfortable that it makes it impossible for the person to break their addiction. Not only do they want to continue to feel the effects of the drug they are abusing but they also want to avoid the intensity of withdrawal.

According to the National Institute on Drug Abuse, stimulant withdrawal symptoms include irritability, depression, and disturbed sleep patterns. For those who crush or inject stimulants, other symptoms can include blocked small blood vessels or other severe health conditions. Stimulants come in a wide variety of forms such as caffeine, nicotine, Adderall, Ritalin, methamphetamines or cocaine to name a few and can be taken in many different ways.

How Long Does Stimulant Withdrawal Last?

Withdrawal from any drug is never a pleasant experience, regardless of how minor the symptoms may be. For many, things like irritability and disturbed sleep may seem minor; however, the cumulative effects of these symptoms can be extremely detrimental both physically and mentally. Irritability and mood changes can affect a person not only on a personal level but also at a professional level. According to the Centers for Disease Control and Prevention, insufficient sleep is associated with a number of chronic conditions such as diabetes, obesity, depression and cardiovascular disease.

A person suffering from stimulant withdrawal will find themselves having difficulty sleeping or getting a full nights rest. They will become even more irritable and will be depressed, especially since they are no longer experiencing the intense highs and increased mental activity that stimulants produce. They may even feel physical effects like muscle pain or tremors.

For those using harsher stimulants like methamphetamines or cocaine, withdrawal symptoms can be much more intense. Instead of depression, suicidal thoughts and behaviors can occur. The person may experience hallucinations or suffering from serious delusions.

Do All Stimulants Have Withdrawal Effects?

Many stimulants are currently used as treatment for today’s common health issues, which gives many people a false sense of security. Adderall and Ritalin, two well known stimulants, are commonly prescribed for both adult and youth ADHD. While these drugs are prescribed with measured dosage amounts and appropriate supervision, people can become dependent on their prescription drugs.
Even though the dependency and addiction may not be excessive, the person will still need to slowly been weaned off of the drug if they want to avoid feeling any intense withdrawal symptoms. A doctor or medical supervisor will be able to assist the person through this process if they feel they no longer wish to take the stimulants.