Differences Between Stimulants and Depressants

Most people know that stimulants and depressants are opposites. Although they act on similar portions of the central nervous system, they do opposite things. Doctors use them to control opposite disorders. It is important to understand these differences particularly when a doctor prescribes them. In order to understand the differences between stimulants and depressants, you should know their properties, the uses for each, their side effects, and how different people react to them. Only after taking a close look at both types can you fully understand what makes them different from each other. 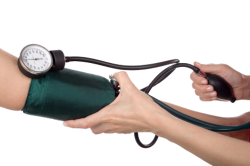 The definition of a stimulant is a drug that raises nervous and physiological actions in the body. According to the National Institute on Drug Abuse, stimulants raise certain body functions. They enhance certain chemicals in the brain. These chemicals cause increases in:

Because they elevate these functions, doctors use stimulants to treat conditions such as respiratory problems, hypotension, obesity, and some neurological disorders. This does not mean stimulants are not without side effects. According to the University of Texas common side effects of stimulants are:

Despite their addictive properties, people use stimulates both for recreation and to treat disorders such as Attention Deficit Disorder, hyperactivity, asthma, respiratory depression, hypersomnia, and depression. Some examples of prescribed stimulants are:

Doctors use these name brand drugs to treat conditions like Attention Deficit Hyperactivity Disorder, Narcolepsy, and depression. They also have the potential for abuse and misuse. People sell these drugs to others particularly in high school and college.

Stimulants are available over the counter in the form of diet pills, caffeine, nicotine, and other drugs to keep a person awake. They are also available illegally through drug dealers in the form of methamphetamine and cocaine. These drugs are both illegal and very dangerous. A number of the so-called club drugs like ecstasy are stimulants as well.

Despite these side effects doctors use depressants to treat several disorders. Physicians prescribe depressants for disorders like panic disorder, generalized anxiety disorder, insomnia, as sedation, and seizure disorders. Some of the prescription depressants are:

Stores sell depressants over the counter as sleep aides, antianxiety medications, and medications to help you relax. There are illicit depressants as well. These are known as downers, Quaaludes, marijuana, opium, and GHB.

Reactions to depressants and stimulants

It is important to note that both stimulants and depressants are addictive. These drugs are very dangerous when taken without a prescription and in excess. Part of the issue is that people build a tolerance to them. This means they need more and more of the drug to have the same affect. When taken by prescription, the prescribing doctor can help with the addiction. A doctor usually tapers the medication off until the patient is free of the drug. When people take these drugs illegally, it is more difficult to get treatment for the addiction. In severe cases it involves a hospital stay.

Differences between stimulants and depressants

When compared, it is easy to see the differences between stimulants and depressants. Doctors use stimulates to raise central nervous system function. This causes elevation in many of the body’s systems. Doctors use depressants to decrease central nervous system function. This causes the body’s systems to slow down, sometimes to the point of unconsciousness. Knowing the properties, side effects, reactions, and uses for stimulants and depressants helps to understand the differences between the two types of drugs.

Depending on the type of stimulant or depressant, they act on similar portions of the brain. Stimulants usually excite the neurons where depressants depress them causing an opposite reaction despite the location and neurotransmitters involved.