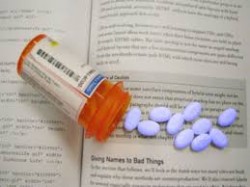 Slang names are often used to conceal drug use.

Nowadays, anyone looking for an energy boost can easily choose from a wide variety of stimulant medications and over-the-counter drugs. Unfortunately, the energy boost stimulants provide can be addictive, especially when ingesting the more potent varieties.

Stimulants slang names are commonly used within teenage drug cultures as well as by avid users of all ages. Knowing and using stimulant slang names signifies openness with using and trying various drugs.

Stimulants slang names may vary by region, time periods or eras and are constantly being changed and updated.

Cocaine, one of the more popular Schedule I narcotic drugs, can be snorted, smoked and injected. Injection produces the most intense effect, also known as a “rush” or a “flash.” All Schedule I drugs carry a high risk for abuse and addiction and carry no known medicinal purposes.

Crack, a freebase version of cocaine, comes in a rock-like, crystal form that’s smoked. The name “crack” describes the cracking sound it makes when smoked.

Another Schedule I narcotic stimulant, methamphetamine also carries strong addictive properties. As a synthetically made drug, anytime someone says the words “meth lab,” they’re probably referring to a homemade laboratory where people cook batches of the drug for their own use or to sell on the street.

Long-term users are known to inject methamphetamine several times a day to the point where they experience dangerous symptoms, such as psychosis, delirium and physical exhaustion.

Common slang names for methamphetamine include:

When used for recreational purposes, these drugs can be smoked, injected, snorted and taken in pill form. The slang names associated with prescription stimulates typically describe the effects each particular drug has, much like the slang names used for cocaine and methamphetamines.