Stimulants are dangerous drugs that are commonly abused by individuals looking to stay alert and focused, lose weight, stay awake, and get high. Although these drugs can be extremely harmful and even life-threatening, many of them can also be used to treat conditions like ADHD, narcolepsy, and in some cases, depression. There are many types of stimulant drugs, and it can be beneficial to know a little about each one, its purposes, and how harmful it can be when abused. 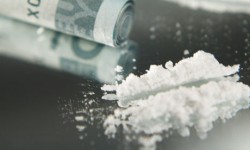 Cocaine is a popular illicit drug within stimulating effects.

Illicit stimulants are usually schedule II, depending on whether or not they can be used to treat medical conditions. While some variations of stimulants are schedule I drugs, most are extremely addictive and dangerous schedule II substances. These drugs are often abused in a binge-crash pattern. According to the NIDA Teen, “In order to keep the ‘high’ going, people may take the drug repeatedly within a short period of time, at increasingly higher doses.” This makes these drugs extremely addictive.

According to the NIDA, “Stimulant medications including amphetamines (e.g., Adderall) and methylphenidate (e.g., Ritalin and Concerta) are often prescribed to treat children, adolescents, or adults diagnosed with attention-deficit hyperactivity disorder (ADHD).” These drugs are sometimes used to treat other conditions and are available by prescription only because of how dangerous they can be when abused.

Even still, college students are actually known to abuse prescription stimulants more than any other group. According to a study from the NCBI, “Recent research has documented that these drugs are widely available on college campuses for nonmedical use, owing in part to their pharmacologic properties as stimulant drugs.” Some students just use them to get high while others hope they will be able to focus more and function without sleep in order to do better in school. Research actually shows, though, that students who abuse prescription drugs do worse in school than students who don’t.

Prescription stimulants can be dangerous to those who abuse them, causing many physical and mental issues that do not subside quickly and can sometimes last several months or longer. While this is true, when prescription stimulants are not abused, they can be part of a beneficial treatment plan for individuals with severe ADHD and other medical conditions.

There are other stimulants that may not be as dangerous and often can be overlooked. However, it is important to know that they are in the same category as these drugs because they may trigger someone with a stimulant addiction. These are:

Stimulant substances can range from giving a individual a relatively harmless boost to being deadly and extremely dangerous. All stimulants can be somewhat addictive if taken in excess, and this can be very problematic for individuals who begin to abuse harmful stimulant drugs.