According to the National Institute on Drug Abuse, a stimulant is defined as follows:

“As the name suggests, stimulants increase alertness, attention, and energy, as well as elevate blood pressure, heart rate, and respiration.” 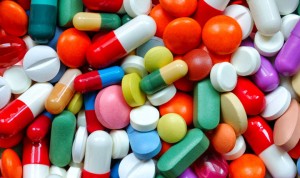 Stimulant use ranges from ADHD treatment to recreational abuse.

Over the years, stimulants have been used for a variety of reasons. Historically, the primary use was to treat obesity, neurological disorders, and respiratory issues. In today’s day and age, however, things have changed quite a bit. Now that people are aware of the potential for addiction and hardcore abuse, medical use has tapered off.

With so many legal stimulants to consider, a growing number of people have come to realize they can rely on these, as opposed to illegal substances that can be more expensive and more difficult to obtain.

Legal stimulants may not be as powerful as their illegal counterparts, but that doesn’t stop many people from relying on these substances on a regular basis. Here is a list of the most popular legal stimulants:

Even if you don’t have much knowledge of stimulants, it goes without saying that you are familiar with at least a couple substances on the above list.

The most commonly used legal stimulant is caffeine. Despite the fact that this is mild, it is a substance that can give the user the desired effect, such as increased energy. Most people get caffeine from coffee, tea, and soda.

Here are a couple things to know about caffeine:

In addition to caffeine, there is another stimulant on the above list that you may have considered using in the past: nicotine. Here is what you need to know about this substance:

Do you enjoy the impact legal stimulants have on your body? Do you feel so strongly above these substances that you want to achieve a more powerful feeling in the future? If so, you may begin to learn more about the many illegal stimulants abused by people the world over.

Some of the most commonly used illegal stimulants include: cocaine, crack cocaine, speed, and meth.

Not only are these drugs more dangerous, as they can lead to an overdose and death, but those who take one or more have a greater chance of addiction. When this happens, a person will find it difficult to carry on with his or her life. Instead, they are always concerned about where they are going to get their next fix.

There is no hard evidence suggesting that the use of legal stimulants always leads to the use of illegal stimulants. That being said, there is always the chance this can happen, especially if a person begins to realize that they need a more powerful substance to achieve the desired effect on their body.

Treatment for a Stimulant Addiction

When it comes down to it, most people who become addicted to a legal stimulant, such as caffeine, can cut it out of their life with a little bit of work. There is a chance you will go through withdrawals, especially if you are addicted to nicotine, but this is something you can typically beat with your own will power and the products that are readily available in today’s market.

On the other side, somebody with an illegal stimulant addiction may not find it nearly as easy to cut this out of their life. The cravings are much stronger and the situation is more serious. This leads many of these people to a rehab facility. During this time, the person will go through detoxification while learning how to avoid drug use in the future.