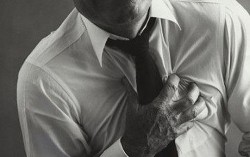 Stimulants are a class of drugs that basically increase and speed up a person’s body functioning abilities. Stimulants include drugs like cocaine, crack, Adderall, Ritalin, amphetamine, ecstasy and methamphetamine. Stimulants will greatly impact the chemical makeup of a user’s brain resulting in them feeling a rush of euphoria when taken in high doses.

According to the National Institute on Drug Abuse, the way stimulants function in a person’s brain is similar to the key brain neurotransmitters called monoamines, which includes the neurotransmitters of dopamine and norepinephrine. Stimulants work by enhancing the effects of these chemicals in a person’s brain. The increase in dopamine that stimulants create produces a feeling of euphoria when they are taken non-medically.

When taken, stimulant drugs will immediately make their way to a person’s brain and begin to impair the chemicals. The effects of stimulants will cause a person to feel more confident and powerful, as well as more alert and happier. However, there are numerous health risks that occur from abusing stimulant drugs and they can be fatal. Some stimulants are mixed with other drugs, such as ecstasy, which is both a stimulant and a hallucinogen and will cause a person to feel warm and empathetic to those around them while causing distortions in their vision and auditory senses.

Aside from stimulants greatly messing with the chemical composition of a person’s brain they also have effects on a person’s physical health, and when taken in high doses stimulants can cause sudden death from overheating and overworking a user’s body.

According to the National Institute on Drug Abuse, when taken, stimulants increase a user’s blood pressure and heart rate as well as constrict their blood vessels, increase their blood glucose levels, and open up breathing passages.

Stimulant drugs can also be addictive and cause people to continually use the drugs. If a person is constantly abusing stimulant drugs they are at higher risk for a heart attack and they can cause permanent damage to their organs.