22 Stimulants Side Effects You Weren’t Aware of 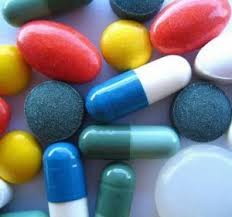 Stimulate abuse can lead to risk of seizure.