Is My Loved One Addicted to Stimulants? 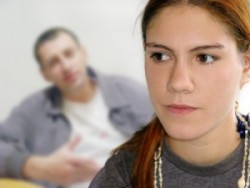 Addiction is progressive, and if you believe your loved one has a problem it is important to get help as soon as possible.

You suspect something isn’t right. You notice a change in their appearance and behavior however you hate to think the worst. At first, you may even deny that there is really something wrong. How will you know if your loved one is addicted to stimulants? Typically abuse or addiction of any drug begins as something very casual and occasional. For some people, enjoying the outcome of the drug becomes a habit; again they may still only be doing it socially or on occasion.

Stimulants, more commonly referred to as “uppers”, involves several categories of drugs that have a tendency to increase a person’s alertness, increase their blood pressure, heart and respiration rates. It also makes a person feel like they have more energy therefore increasing their physical activity levels. Some common types of stimulants would be amphetamines, cocaine and caffeine.

What types of behavior should you look for?

According to a study done by the Substance Abuse and Mental Health Services Administration there were an estimated 23 percent of young people who used stimulants illicitly in 2008 and then experienced a period of major depression. As time goes by these statistics have only increased.

Over time and continued use the effects can be more dangerous and affect their health. Long-term effects of the abuse of stimulants include but are not limited to:

If any of these signs and symptoms sounds familiar to you, you should seek help for your loved one. Getting them to admit they have a problem is the first and most important step. You should also reach out for support for yourself as well to get through this difficult time.